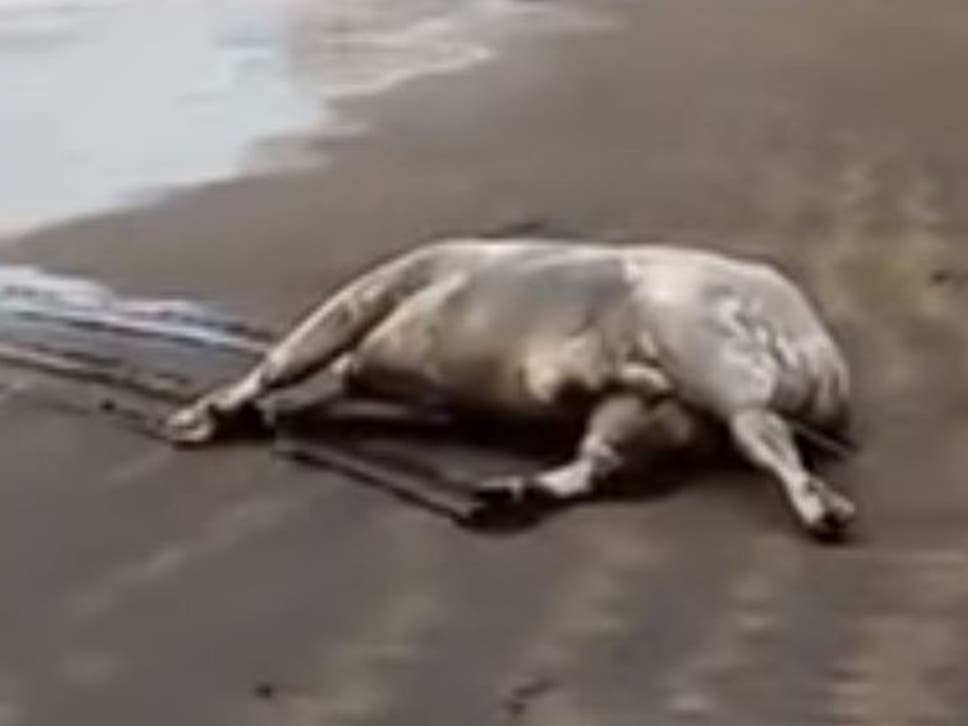 At least three dead cows have washed up on beaches in the Canary Islands over the last week. The latest one was found near El Medano on the island of Tenerife, while another washed up near Granadilla de Abona. A third was discovered by fishermen at sea. A man was filmed as he pulled the decomposing remains onto the beach with the aid of a jet ski rider. The carcass was picked up by council workers and taken to a landfill site. The bovine bodies come from ships transporting cattle from South America which throw the corpses of animals overboard if they die during transit. Source