Our Lady Of La Salette On More Than 1 MILLION Acres Of U.S. Cropland Ravaged By FLOOD...Next Comes Famine Plague And Earthquakes...etc.......

“If you have corn, you must not sow it. The beasts will eat all that you sow. And all that grows will fall to dust when you thresh it. A great famine will come. Before the famine comes, children under the age of seven will begin to tremble and will die in the arms of those who hold them. The others will do penance through hunger. The nuts will go bad, the grapes will become rotten.” Our Lady of La Salette 19 Sept. 1846 (Published by Mélanie 1879)

There will be bloody wars and famines, plagues and infectious diseases. It will rain with a fearful hail of animals. There will be thunderstorms which will shake cities, earthquakes which will swallow up countries. Voices will be heard in the air. Men will beat their heads against walls, call for their death, and on another side death will be their torment. Blood will flow on all sides. Our Lady of La Salette 19 Sept. 1846 (Published by Mélanie 1879)

More than 1 million acres of U.S. cropland ravaged by floods

CHICAGO/COLUMBUS, Neb. (Reuters) - At least 1 million acres (405,000 hectares) of U.S. farmland were flooded after the "bomb cyclone" storm left wide swaths of nine major grain producing states under water this month, satellite data analyzed by Gro Intelligence for Reuters showed. Farms from the Dakotas to Missouri and beyond have been under water for a week or more, possibly impeding planting and damaging soil. The floods, which came just weeks before planting season starts in the Midwest, will likely reduce corn, wheat and soy production this year. "There's thousands of acres that won't be able to be planted," Ryan Sonderup, 36, of Fullerton, Nebraska, who has been farming for 18 years, said in a recent interview. "If we had straight sunshine now until May and June, maybe it can be done, but I don't see how that soil gets back with expected rainfall." Spring floods could yet impact an even bigger area of cropland. The U.S. government's National Oceanic and Atmospheric Administration has warned of what could be an "unprecedented flood season" as it forecasts heavy spring rains. Rivers may swell further as a deep snow pack in northern growing areas melts. The bomb cyclone of mid-March was the latest blow to farmers suffering from years of falling income and lower exports because of the U.S.-China trade war. Fields are strewn with everything from silt and sand to tires and some may not even be farmed this year. The water has also destroyed billions of dollars of old crops that were in storage, as well as damaging roads and railways. Justin Mensik, a fifth-generation farmer of corn and soybeans in Morse Bluff, Nebraska, said rebuilding roads was the first priority. Then farmers would need to bring in fertilizer trucks and then test soil before seeding, Mensik said. Source 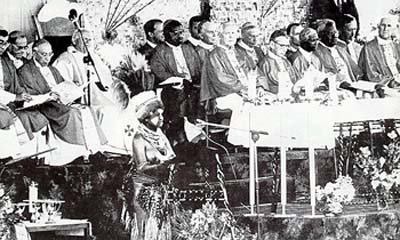