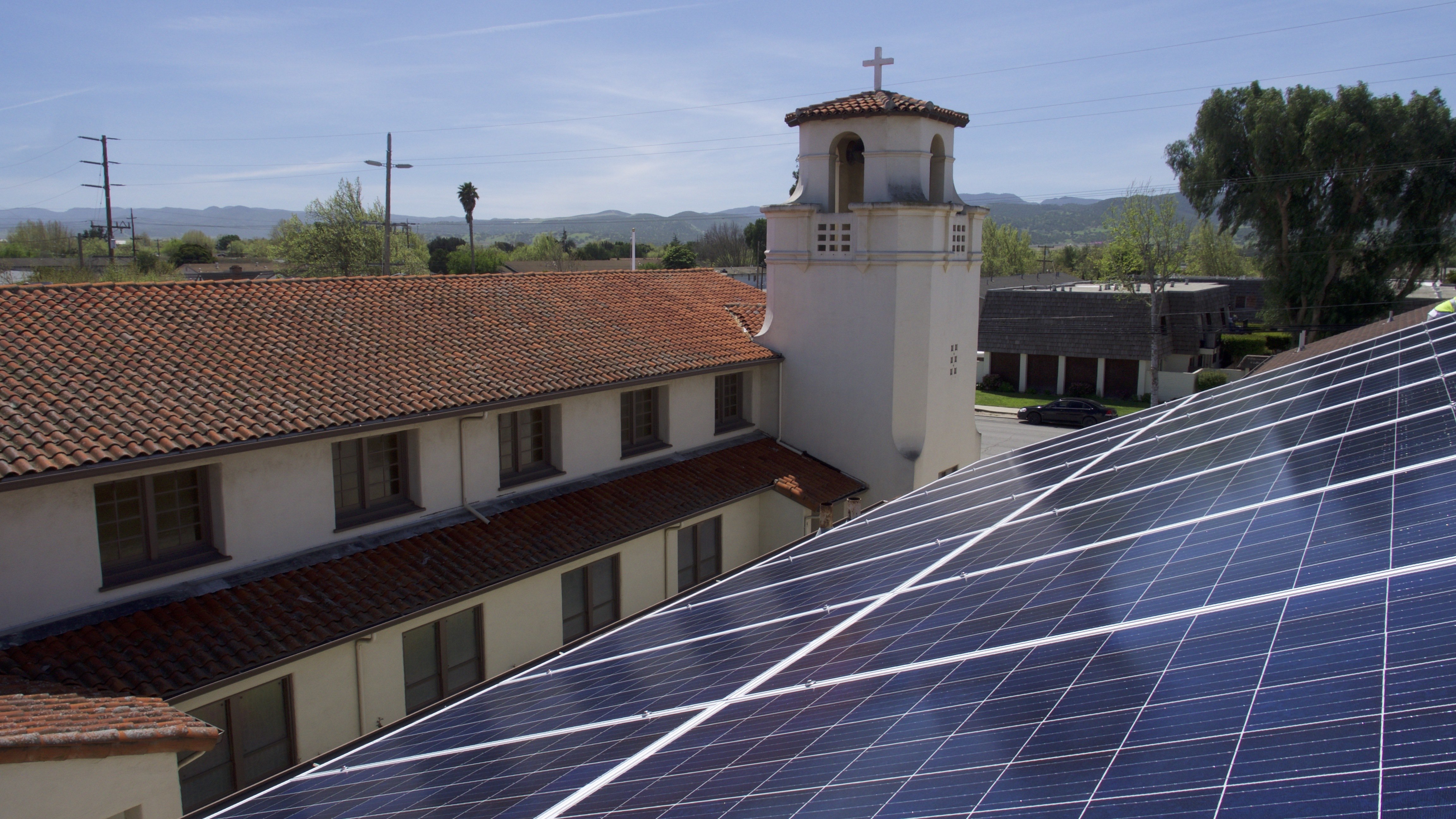 Chancery runs on 100 percent solar energy, while 18 of the diocese's 46 parishes and two of its 12 schools have made the move One-third of the parishes, offices and facilities of the Diocese of Monterey have gone solar, and the counties of Monterey, San Benito and Santa Cruz now draw on 100 percent carbon and nuclear-free energy largely thanks to efforts of local Catholics. The diocesan office and the late Bishop Richard Garcia led the way in union with the faithful in the effort. Now the office runs on 100 percent solar energy, while 18 of the 46 parishes and two of the 12 schools have made the move. More are in process. Adding in the number of facilities that are preparing for the transition, about half of the diocese’s facilities will soon draw power from a renewable source. Father Murrin of Boulder Creek’s St. Michael’s Parish, touched by Pope Francis’ encyclical Laudato si’, noted he was personally motivated by the realization that there is no single group that could make a more positive impact on the environment globally than the Catholic Church — if only for the number of buildings owned by the Church world-wide. Source