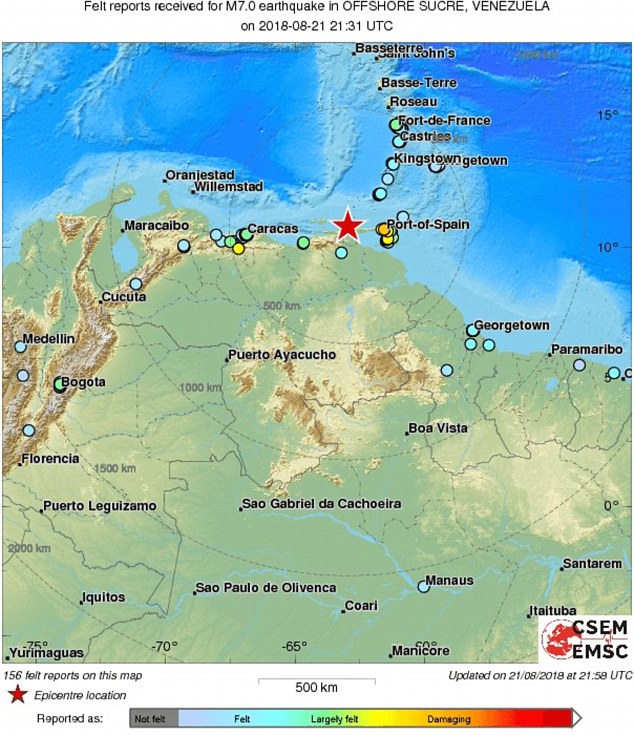 A powerful earthquake has shaken the Caribbean, rocking Venezuela all the way through to Trinidad.  A powerful earthquake has shaken eastern Venezuela through to Trinidad, causing buildings to be evacuated in the capital of Caracas.   The quake has been placed at a 7.3 magnitude with its epicenter being 13 miles southwest of Irapa, the U.S. Geological Survey says.  The Pacific Tsunami Warning Centre said a tsunami was possible within nearly 200 miles of the earthquake epicentre, which could hit Grenada, Trinidad and Tobago, although the warnings were lifted at 6.12pm local time.  Source