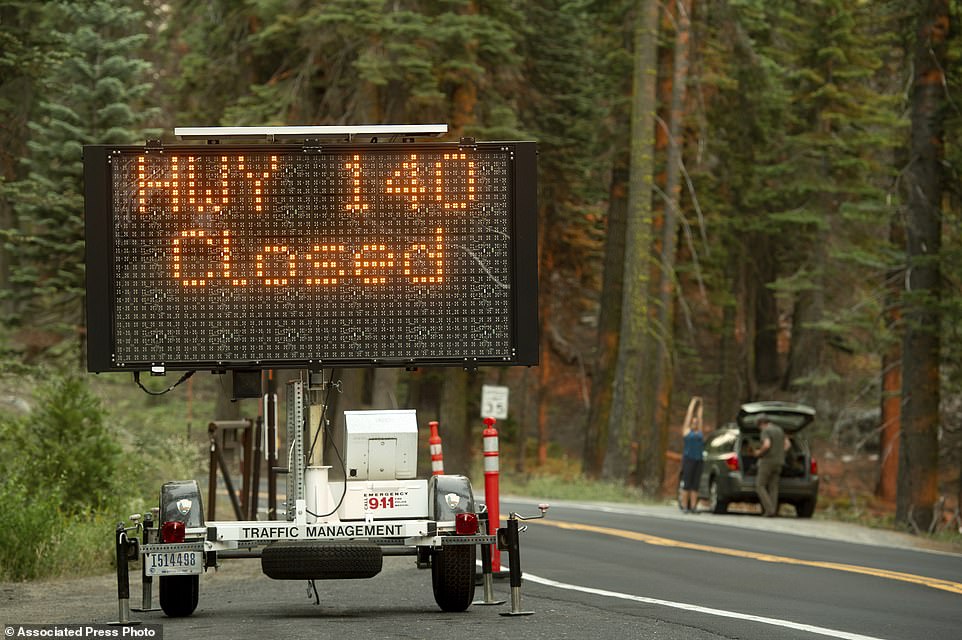 Yosemite National Park has been evacuated as firefighters desperately attempt to control enormous wildfires in a heatwave which has seen temperatures soar to 120F.  Campsites and lodges emptied out after disappointed tourists were ordered to leave the heart of Yosemite by noon Wednesday.  Firefighters are battling to contain a huge wildfire just to the west of Yosemite that has threatened the park's forest and sent up smoke that obscured vistas of parkland.  Yosemite Valley will be closed until at least Sunday, along with a winding, mountainous, 20-mile (32-kilometer) stretch of California's State Route 41 that leads in, park spokesman Scott Gediman said.  At least a thousand campground and hotel bookings will be canceled - to say nothing of the impact on day visitors, park workers and small businesses along the highway, Gediman said. Rangers went to campsites one at a time to inform visitors of the closures. Hotels guests got phone calls and notes on their doors.  Source 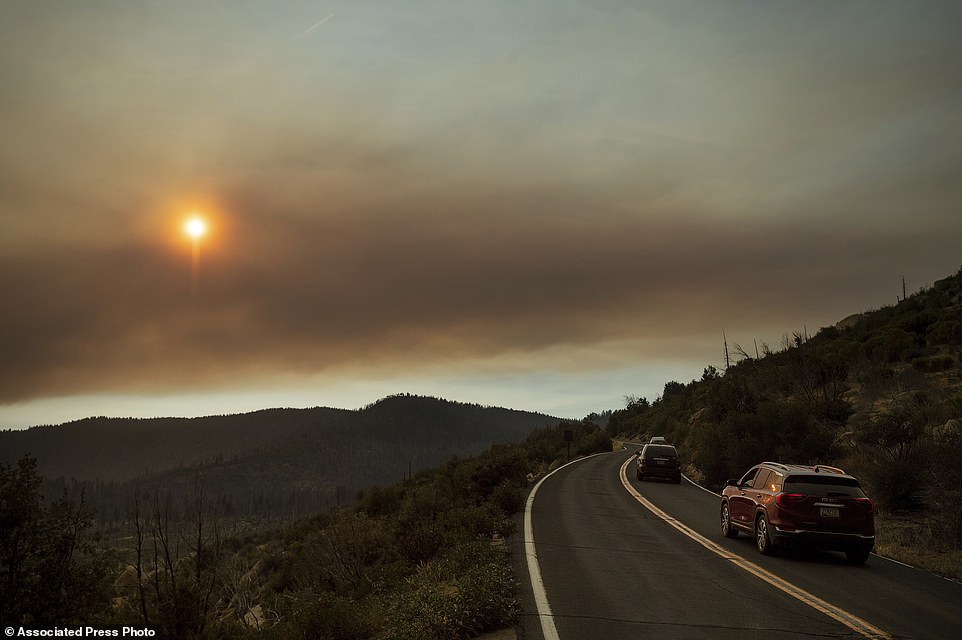