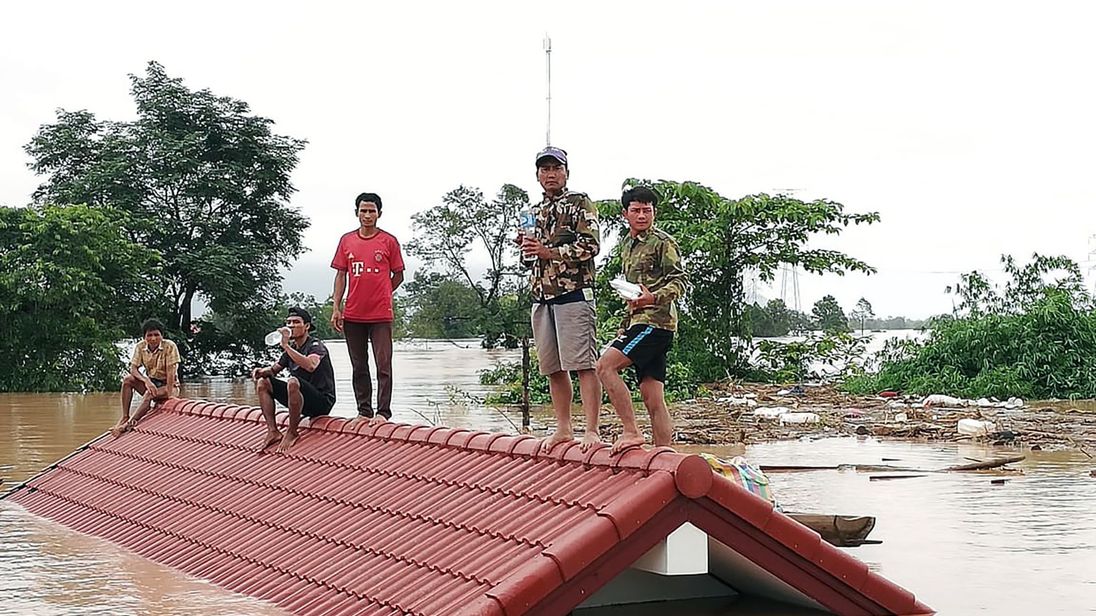 HONG KONG — Hundreds of people were missing on Tuesday after a billion-dollar hydropower dam that was under construction in Laos collapsed, killing several people and displacing more than 6,600 others, a state news agency said. KPL, the official Lao news agency, reported that the Xe-Pian Xe-Namnoy hydroelectric dam collapsed at 8 p.m. on Monday, releasing five billion cubic meters of water (roughly 175 billion cubic feet) and sweeping away homes in the southern province of Attapeu, which lies along the country’s border with Vietnam and Cambodia. The agency did not give an exact death toll. Heavy rain and flooding caused the collapse, according to a South Korean engineering and construction company that Reuters said was building the dam. The company, SK Engineering & Construction Co., has sent helicopters, boats and personnel to aid rescue operations, the South Korean Foreign Ministry said in a statement. Source