Our Lady Of La Salette On The Landslide At Santuario di Gallivaggio in Valle Spluga: At The First Blow Of His Thundering Sword, The Mountains Will Tremble In Terror 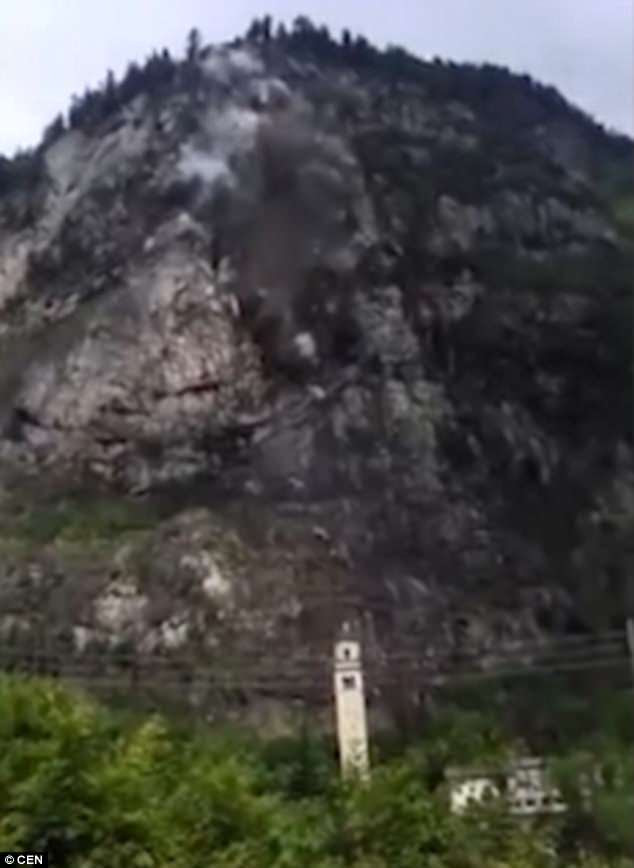 A 420-year-old church had a miraculous escape when a landslide stopped just yards away. In the clip, the landslide approaches the Santuario di Gallivaggio in Valle Spluga in Italy near the Swiss border before suddenly stopping. The belltower was engulfed in dust after the rocks fell from the cliff face on May 29.Local news website Avvenire reported that the landslide happened after the town experienced 60millimeters of rain in just 24 hours.Around 7,500 cubic meters of rock fell in the landslide, but remarkably nobody was hurt. Parish priest Don Andrea Caelli told Avvenire: 'As a believer I say that the provident hand of God accompanied this event which could have ended tragically.' Roads to the town had been closed for more than a month after forecasters predicted the landslide. The roads have now reopened and there was no significant damage to the church, which was built on the site where two young girls claimed to have seen the Virgin Mary in 1492. Source