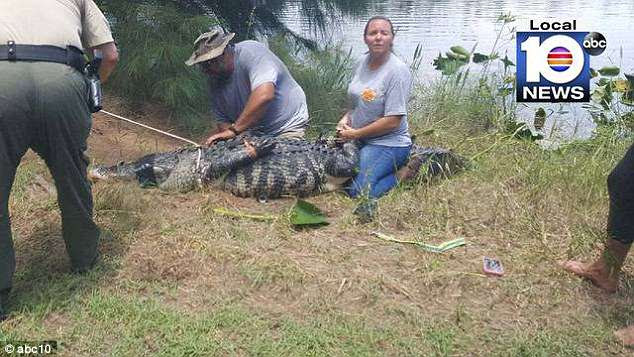 An arm has been found inside the body of an alligator which is believed to have dragged a woman to her death this morning while she was out walking her dogs. Park rangers eventually captured the enormous alligator at Silver Lakes Rotary Park in Davie, Florida, on Friday afternoon after spending hours searching for it in the large pond. When they cut it open, they discovered a human arm. They were called to the scene at 9.45am amid reports that Shizuka Matsuki, 46, had been dragged in to the water. She was out walking her dogs, one of which was found by the side of the water with a large, fresh wound on its coat when authorities arrived. Source