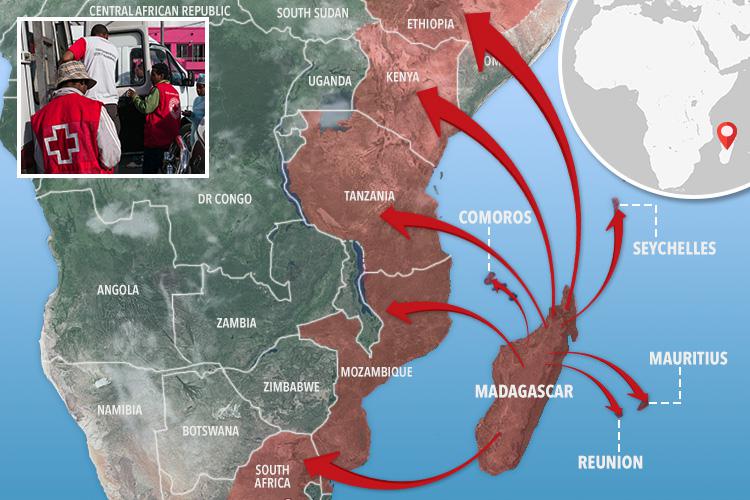 PLAGUE warnings have been issued for NINE countries surrounding Madagascar amid fears the disease could spread via sea trade and flight routes. The outbreak is considered a much bigger threat to the region than in previous years because it has taken on its pneumonic form - meaning it is airborne and spread by sneezing and coughing. And experts say the epidemic could still worsen as the death tolls hits 124 and more than 1,300 are left infected. The medieval disease famously wiped out ONE THIRD of Europe's population in the 13th and 14th centuries in one of the most devastating pandemics in human history known as the Black Death. Dr Ashok Chopra, a professor of microbiology and immunology at the University of Texas, told The Sun Online the crisis in Madagascar had yet to peak. He warned it was possible for the deadly plague to move further into the region given the regular flights going in and out of the country. Source