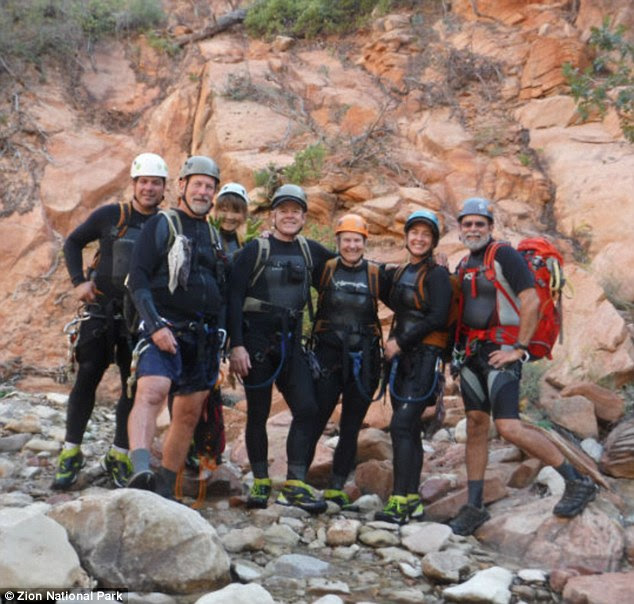 Pictured: The seven hikers swept to their deaths in Utah flash floods - despite being warned about the danger hours before

These are the seven hikers as they posed for a photo in Utah's Zion National Park just hours before they were killed by flash floods on Monday. Search teams have now recovered all the bodies of the missing hikers who were washed away soon after they secured a permit to explore the canyon despite forecasts of probable flash flooding, park officials said. Late Thursday night, the park named those who had died as Californians Mark MacKenzie, 56, of Valencia; Linda Arthur, 57, and Steve Arthur, 58, both of Camarillo; Gary Favela, 51, of Rancho Cucamonga; Muku Reynolds, 59, of Chino; and Robin Brum, 53, of Camarillo. The seventh flooding victim was Don Teichner, 55, of Mesquite, Nevada. Daily Mail Read More>>>>>>>