THE FIRST CHURCH OF CANNABIS - There Will Be Churches Built To Serve These Evil Spirits. 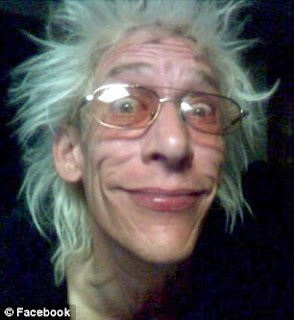 “Evil books will be abundant on earth and the sprits of darkness will spread everywhere a universal slackening of all that concerns the service of God. They will have great power over Nature: there will be churches built to serve these spirits. People will be transported from one place to another by these evil spirits, even priests, for they will not have been guided by the good spirit of the Gospel which is a spirit of humility, charity and zeal for the glory of God.Our Lady of La Salette 19 Sept. 1846 (Published by Mélanie 1879)

What Churches? What is Our Lady talking about?

Here is another 'church' built to serve these evil spirits:

The first ever church dedicated to worshiping marijuana 'as a health supplement' has sprouted in Indiana. The First Church of Cannabis was formed on March 26 in response to the Religious Freedom Restoration Act and thanks to the IRS, the new place of prayer was awarded a non-profit tax-exempt status. The church, founded by Bill Levin, 59, has been deemed a charity and donors can deduct gifts made to the church on their federal tax returns. Medical and recreational use of marijuana is not legal in Indiana but an appreciation for the drug is says Levin whose church will not distribute the plant but will allow members to smoke inside. Daily Mail Read More>>>>>