Here is the article that made the writers at Catholic Vote throw a fit:

There is a lot more of this, and I must confess that by the time I got some way into the chapter on “The Human Roots of the Ecological Crisis,” the encyclical was no longer reminding me of Russell Brand: it was reminding me of the Unabomber Manifesto. That is, of course, a little unfair. Ted Kaczynski is responsible for nowhere near as much injury to human welfare as the Catholic Church inflicts every 15 minutes, and, besides, he’s a better writer. Still, you tell me with a straight face that some of this stuff doesn’t remind you of good old Ted. Here’s a big hunk:

“The idea of promoting a different cultural paradigm and employing technology as a mere instrument is nowadays inconceivable. The technological paradigm has become so dominant that it would be difficult to do without its resources and even more difficult to utilize them without being dominated by their internal logic. It has become countercultural to choose a lifestyle whose goals are even partly independent of technology, of its costs and its power to globalize and make us all the same.”

Pure Kaczynski, yeah? The next sentence could easily be “So that’s why I moved to a cabin in the woods and started mailing bombs to scientists.” Let me give you another:

“The system does not and cannot exist to satisfy human needs. Instead, it is human behaviour that has to be modified to fit the needs of the system. This has nothing to do with the political or social ideology that may pretend to guide the technological system. It is the fault of technology, because the system is guided not by ideology but by technical necessity. Of course the system does satisfy many human needs, but generally speaking it does this only to the extent that it is to the advantage of the system to do it. It is the needs of the system that are paramount, not those of the human being.”

That one’s Ted — or have I switched them? No, despite the stylistic similarities, the parallel quotes, which could be multiplied greatly, does reveal a weakness in my insolent comparison. The Pope is an optimist, and thinks technology can be tamed if human hearts turn to Christ in time. Kaczynski thinks the problems involved in technological progress are inherent. He specifically argues that they cannot be solved by religion, real or contrived.

Although Science Pope does not have the equivalent of a degree in science — many of his non-Catholic supporters seem to have thought otherwise — he did work as a chem-lab technician as a young man. In that capacity he could easily have been the target of an Argentine version of the Unabomber. Fortunately, he escaped to glory.

Here is the rant from Catholic Vote (Remember now these Bloggers vote in every presidential election for evangelical protestants and think nothing of it!)

The National Post has a rather unfair and somewhat revealing attack on the pope’s encyclical by a writer named Colby Cosh.

Not all of the criticisms are unfair. For example, Cosh notes the pope’s complaint that in some places there is a tendency to “privatize” drinking water, “despite its scarcity . . . turning it into a commodity subject to the laws of the market.” Says Cosh: “It turns out this is bad, even though almost any economist alive would instantly apply a red pencil and several question marks to that ‘despite.’” He has a point. Precisely because drinking water is scarce, it needs to be economized or rationed in some way. If it were not rationed by the market–that is, by individuals choosing to use it in moderation precisely with a view to keeping it within limits they can afford–then it would have to be rationed by the government. Obviously this approach would be open to abuse, too. This is not to say that we should not give water to poor people who cannot afford it. But it is to observe that there is nothing obviously wrong with making the market the ordinary way of distributing water, while resorting to non-market activities like charity or government assistance where some people cannot get the water they need.

Cosh also complains that prose of the encyclical alternates “between personal observations and dreary, committee-written boiler plate.” I am afraid that there is truth in this remark. On the other hand, enjoying felicity and uniformity of style is not the best reason to read a papal encyclical.

The main unfair (and revealing) criticism is conveyed in the title of Cosh’s piece: “Pope’s Encyclical on Climate Change Reads Like the Unabomber Manifesto.” Cosh admits that the comparison is unfair–to the Unabomber, who, he says, did less harm in his career “than the Catholic Church inflicts every fifteen minutes.” This remark would be fair if the Catholic Church, like the Unabomber, engaged in deliberate acts of murder and terrorism. But since it does not, Cosh’s comment is nothing more than self-righteous opinionating.

Then Cosh quotes the following passage from the encyclical, noting that it sounds as if it could have been written by Ted Kaczynski:

“The idea of promoting a different cultural paradigm and employing technology as a mere instrument is nowadays inconceivable. The technological paradigm has become so dominant that it would be difficult to do without its resources and even more difficult to utilize them without being dominated by their internal logic. It has become countercultural to choose a lifestyle whose goals are even partly independent of technology, of its costs and its power to globalize and make us all the same.”

Pure Kaczynski, yeah? The next sentence could easily be “So that’s why I moved to a cabin in the woods and started mailing bombs to scientists.”

I said this was unfair. Why is it revealing? There is no connection between holding the view that the pope expresses and deciding to leave society entirely and devote oneself to terrorism. This is a very common move among journalists and almost all establishment type commentators: to talk about “extreme” opinions as if they are somehow inevitably linked to violence. Yet there is no necessary connection. An extreme opinion is just an opinion that most people do not hold. The pope’s opinion here is admittedly extreme, since most people are not as critical of technology as he is. Yet the vast majority of people who hold opinions that most people don’t hold do not resort to violence. It depends on the substance of the opinions and on the moral beliefs of the person holding them.

I don’t know if commentators like Cosh try spuriously to associate “extreme” opinions with violent actions in order to stifle independence of thought. But that is just as certainly the effect as if they had intended it. It is a way of encouraging conformity of thinking. 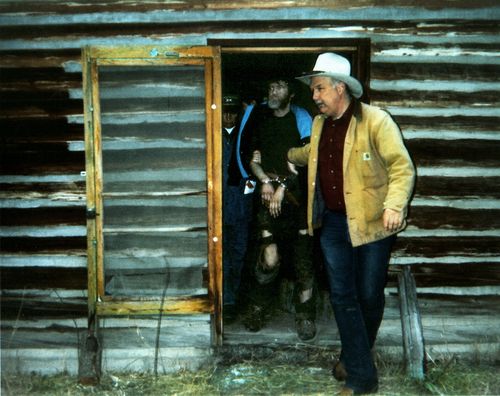