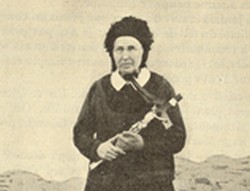 No. because of the sins of the priests are the root cause of all the Natural disasters, as Our Lady of La Salette said so back in 1846.

Here is the take of Monckton

Bannon asked Monckton why does he believe Pope Francis is getting involved in the climate change movement, which he is about to justify in a Vatican encyclical this week.

Monckton explained that if one looks at the book of Genesis (“with dominion over the earth comes responsibility”) and heroes of the church like St. Francis of Assisi, taking care of the earth has always been “part of established Catholic social teachings. Nothing new in any of that. But what happened was a communist managed to get control of the pontifical academies of sciences and social sciences—Bishop Marcelo Sánchez Sorondo.”

According to Monckton, Sorondo is an “out and out marxist who decided that climate change was useful to marxism.” Monckton said that Sorondo could care less whether climate change is true or not. He ignored information from the Vatican’s most influential scientists demonstrating that global warming was more theoretical than empirical.

Francis, who was brought up in the Communist tradition of liberation theology in Latin America, encourages Sorondo. Previous popes like John Paul II and Benedict believed you have to let skeptics have their say. Pope Francis, Monckton argues, lets Sorondo dominate his head exclusively.

Monckton further explained that Francis is influenced by extremist Professor John Schnellnhuber, founding director of the Potsdam Institute for Climate Impact Research, who said in 2009 at a climate conference in Copenhagen that if we let global warming continue, six billion of the seven billion people on earth will be killed by it.

The influence that Schnellnhuber may have had over the papal letter worries Monckton. The fact that he will be there next to the pope suggests to Monckton that Francis is thanking him for having written the climate portion of the encyclical. Read More>>>>>>

Look Pope Francis does not want his sins and the sins of other Bishops Priests to get blamed for causing Natural disaster. So the Pope is blaming Global Climate Change on everyone else.

This is the true reason for the new encyclical on the environment.