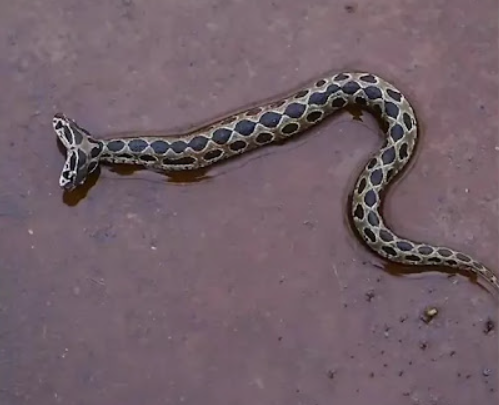 Rare Two-Headed Viper Snake Found in India
Nature is fraught with many mysteries and even more surprises. It is very rare to see a two-headed snake, but they are found in nature. Snakes with this anomaly rarely survive in the wild. The formation of two heads is due to mutation. Herpetologists say that once every few years, such specimens are sure to be found. Scientists are especially interested in how the presence of two heads affects the ability of snakes to hunt and mate. Most "anomalous" snakes have a low chance of survival in the wild. The biggest difficulty is that the two heads regard each other as ... rivals for food. In this video, you can see a rare two-headed viper snake that was spotted in India. Source