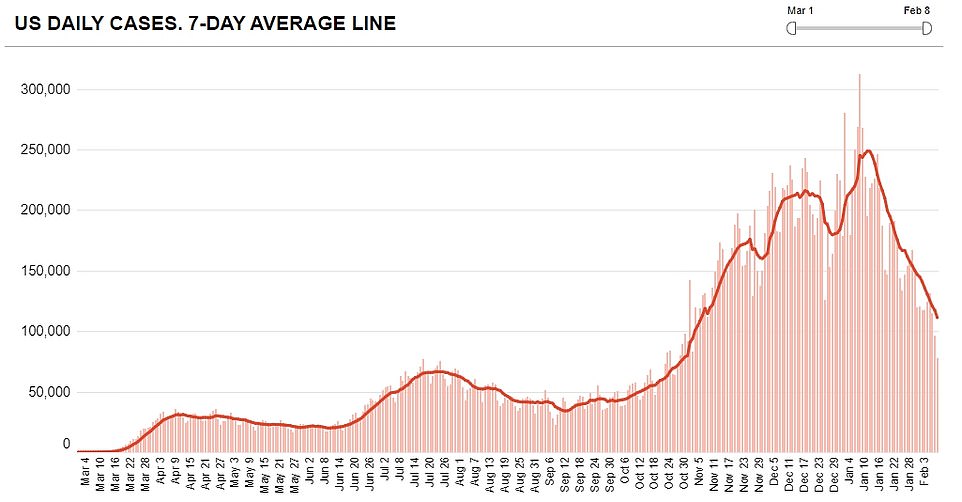 “All the civil governments will have one and the same plan, which will be to abolish and do away with every religious principal to make way for materialism, atheism, spiritualism and vice of all kinds. Our Lady of La Salette 19 Sept. 1846 (Published by Mélanie 1879)

Now they will lie about the increased number deaths and the dangers of the coming epidemic of  infectious diseases and plagues - they will say there is no epidemic of  infectious diseases and plagues. as the bodies pile up in the streets......
COVID cases plummet after WHO changes testing protocol on Biden’s Inauguration Day
February 8, 2021 (LifeSiteNews) – Days after the World Health Organization changed the protocol for confirming a positive COVID-19 test, the number of positive cases across the world have dropped dramatically, leaving the mainstream media confused and leading people to suggest that the timing of the change in testing protocol was political. On January 20, the day of Joe Biden’s inauguration and entrance into the White House, the World Health Organization (WHO) quietly issued new guidance on the manner in which polymerase chain reaction (PCR) tests were to be conducted and reported. It warned against reporting someone as having COVID-19, just because the test had been positive, when they did not actually present with any symptoms. The WHO also raised concerns about the “risk of false positive” tests. Source 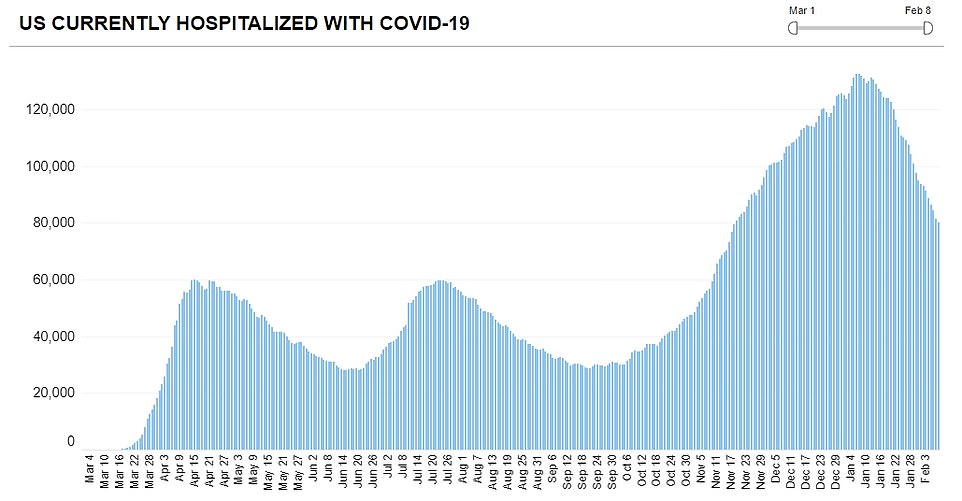 US reports lowest number of daily COVID cases since October with 77,737 as 38 states see hospitalizations drop by 10% or more in a week - but CDC warns variants could reverse downward trends

The US has recorded its lowest number of new daily coronavirus cases since October as hospitalizations continue to fall, with a majority of states seeing rates drop by 10 percent or more in the last week. On Monday a total of 77,737 new infections and 1,309 deaths were reported nationwide, according to a tally by the COVID Tracking Project. The case count was the lowest seen in the US since October 27, when 72,221 were recorded. he seven-day rolling average for new cases now stands at 111,131, down from 142,958 a week ago, with rates falling in 44 states. The seven-day rolling average for daily deaths is 2,885, down from 3,133 a week ago. Hospitalizations have seen a similar downward trend in recent days, with a total of 80,055 patients receiving care on Monday. That's a decrease of nearly 30,000 from two weeks ago, when 109,936 patients were hospitalized.  Source 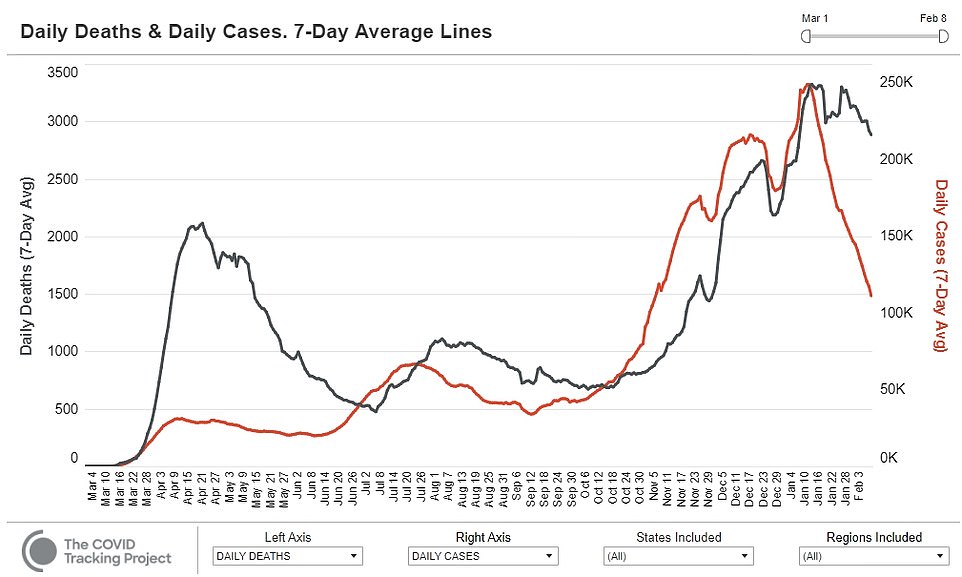 "I protest highly against a different text, which people may dare publish after my death. I protest once more against the very false statements of all those who dare say and write First that I embroidered the Secret; second, against those who state that the Queen Mother did not say to transmit the Secret to all her people." Mélanie
at February 09, 2021