Our Lady of La Salette Prophecy On CITIES QUARANTINED 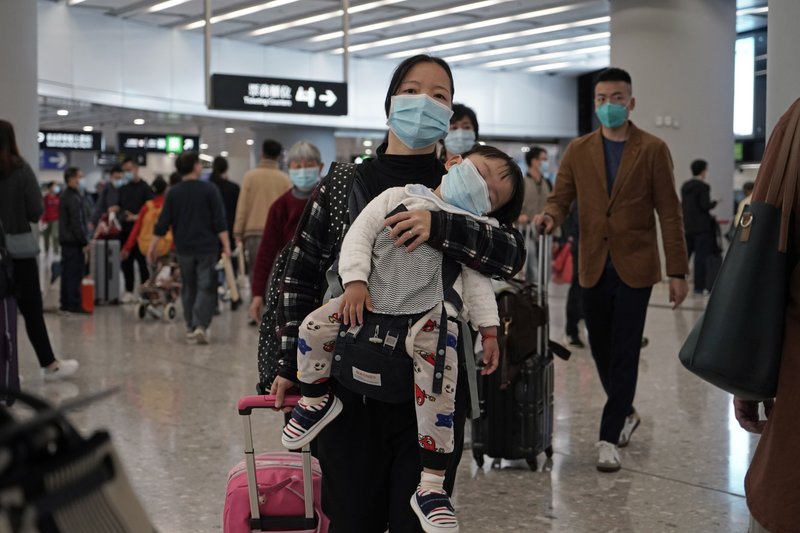 China locked down some 20 million people at the epicentre of a deadly virus outbreak on Thursday, banning planes and trains from leaving in an unprecedented move aimed at containing the disease which has already spread to other countries.

The respiratory virus has claimed 17 lives since emerging from a seafood and animal market in the central city of Wuhan, infected hundreds of other people and been detected as far away as the United States.

And as efforts to contain the virus spread across China, Beijing cancelled massive gatherings that usually attract throngs at temples during the New Year holiday, while the historic Forbidden City will close from Saturday.

Streets and shopping centres in Wuhan were eerily quiet after authorities told residents not to leave the major city of 11 million people, where most of the cases have been identified.

Trains and planes out of Wuhan were indefinitely suspended and tollways on roads out the city were closed, leading to fear and panic for those who were trapped.

"We are feeling as though it is the end of the world," said one Wuhan resident on China's Twitter-like Weibo platform, voicing concerns about shortages of food and disinfectant.

Hours later, authorities in neighbouring Huanggang announced public transport and train services would be suspended at midnight, while people were told to not leave the city of 7.5 million.

All of Huanggang's cinemas, internet cafes, and the central market will close.

A third city in Hubei province, 1.1 million-population Ezhou, announced the train station had been closed earlier in the day.

And highways were closed in neighbouring Xiantao, while public transport will be suspended from midnight in nearby Chibi. The two cities have a combined population of around two million people.

Wuhan's train station and airport, which should have been packed with people travelling for holiday family reunions, were almost empty except for workers on Thursday afternoon.

The governor of Hubei province Wang Xiaodong told state broadcaster CCTV that closing off Wuhan was a "very difficult decision".

"The greatest worry is bringing inconvenience to the lives of people," he said.

But those on the streets who spoke to AFP were sounding a confident note.

"The new pneumonia is our new common enemy," Shi Chengwei, a driver in Wuhan, told AFP.

"I believe the Wuhan people will be able to emerge victorious."

The few people wandering in the streets of the city were wearing masks as mandated by police.

More than 570 people have been infected with the virus across China -- with most cases found in Wuhan, where a market that illegally sold wild animals has been identified as the epicentre.

The coronavirus has caused alarm because of its similarity to SARS (Severe Acute Respiratory Syndrome), which killed nearly 650 people across mainland China and Hong Kong in 2002-2003.

Like SARS, it can be passed among people through the respiratory tract.

The first case of the new virus was confirmed on December 31, and it has since been detected in Japan, Hong Kong, Macau, South Korea, Taiwan, Thailand and the United States, plus the first confirmed cases in Singapore and Vietnam on Thursday.

The 17 people who died in China were aged from 48 to 89, and had pre-existing health conditions, Chinese health authorities said Thursday.

The World Health Organization was to hold a meeting Thursday to decide whether to declare a global health emergency -- a rare instrument used only for the worst outbreaks.

With hundreds of millions of people travelling across China this week for the Lunar New Year holiday, the National Health Commission announced on Wednesday measures to curb the disease nationwide -- including sterilisation and ventilation at airports and bus stations, as well as inside planes and trains.

Wuhan's special anti-virus command centre said the quarantine measures were meant to "effectively cut off the virus spread, resolutely curb the outbreak and guarantee the people's health and safety", according to state media.

While departures were banned, trains and planes were still allowed into the city.

The city's tourism and culture department cancelled all group tours until February 8, according to state media, as well as all large public events for the Lunar New Year holiday.

Tom Solomon, a professor at the University of Liverpool, warned that imposing a lockdown could be "counter-productive".

"It can increase the level of panic, and just cause people to flee by other means," he said.

Animals are suspected to be the primary source of the outbreak, with Chinese health officials saying the virus originated from the animal market.

Studies published this week suggest that the virus may have originated in bats or snakes.

The WHO has confirmed that the virus can be passed between people, at least those in close contact. Chinese health officials warned it could mutate and spread further.

Chinese authorities on Thursday reported dozens of new infections, bringing the confirmed total to 571. About 5,000 people remain under medical observation.

But scientists at the Imperial College in London estimate that 4,000 people have been infected in Wuhan.

Countries have intensified efforts to stop the spread of the pathogen -- known by its technical name 2019 Novel Coronavirus (2019-nCoV).

Passengers coming from Wuhan are facing special screening measures at airports around the world while Dubai said all arrivals from China would go through thermal screening.

WHO chief Tedros Adhanom Ghebreyesus on Wednesday indicated the situation was not escalating out of control, saying there was "stability" for the moment.

But a senior US State Department official said Washington was "still concerned" about transparency in the Chinese government.

During the SARS epidemic, the Chinese government took months to report the disease and initially denied WHO experts access to southern Guangdong province, where it originated. Source 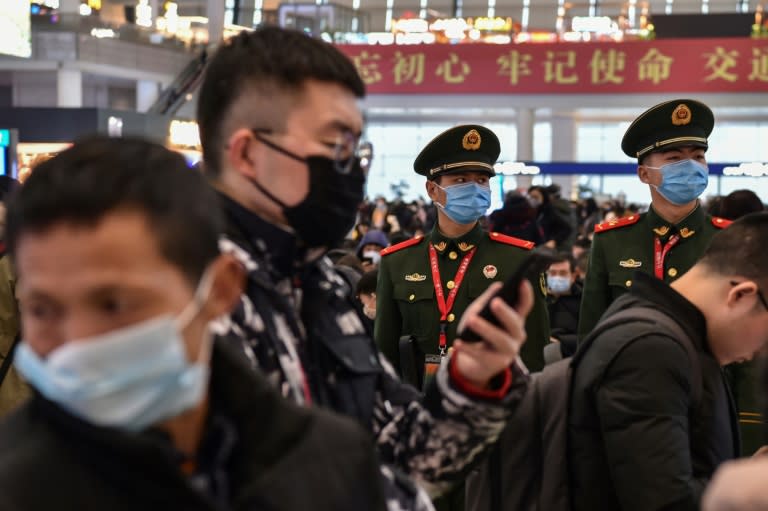 OUR LADY OF LA SALETTE ON COV-19: On The Origin And Continuing Evolution Of SARS-CoV-2

China Accuses US Of Spreading ‘Panic’ Over Coronavirus Outbreak

Our Lady Of La Salette On 1,000 Birds Falling From Sky In Sikeston, Missouri

Our Lady Of La Salette On LOCUST PLAGUE: ‘Like An Umbrella Had Covered The Sky’ Locust Swarms Despoil Kenya