Our Lady Of La Salette On 13 Pediatric FLU Deaths.....Children Under The Age Of Seven Will Begin To Tremble And Will Die In The Arms Of Those Who Hold Them.

“The earth will be struck by calamities of all kinds (in addition to plague and famine which will be wide-spread).  Our Lady of La Salette 19 Sept. 1846 (Published by Mélanie 1879)

Two more influenza-associated pediatric deaths have been reported to the Centers for Disease Control and Prevention, bringing to 13 the number of such deaths for the current flu season. New York City and 19 states, including Massachusetts, are experiencing high influenza-like illness activity in terms of visits to outpatient providers for symptoms such as a fever of 100 degrees, cough and sore throat, and the flu is considered widespread geographically in the commonwealth as well as in 23 other states. Some 3.4 percent of visits to reporting outpatient providers in Massachusetts were for influenza-like illnesses for the week ending Dec. 29, according to the state's most recent flu activity report. Source 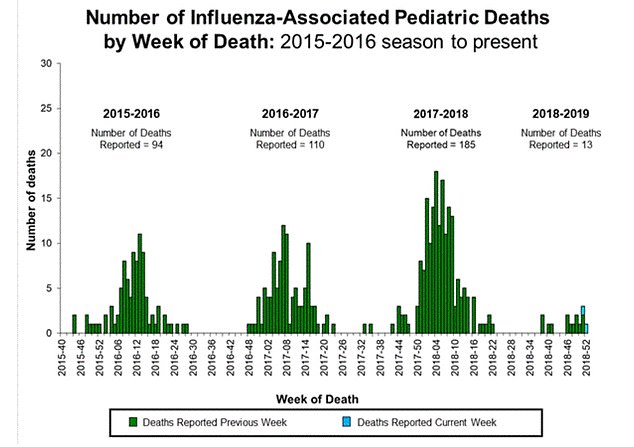 "I protest highly against a different text, which people may dare publish after my death. I protest once more against the very false statements of all those who dare say and write First that I embroidered the Secret; second, against those who state that the Queen Mother did not say to transmit the Secret to all her people." Mélanie
at January 06, 2019