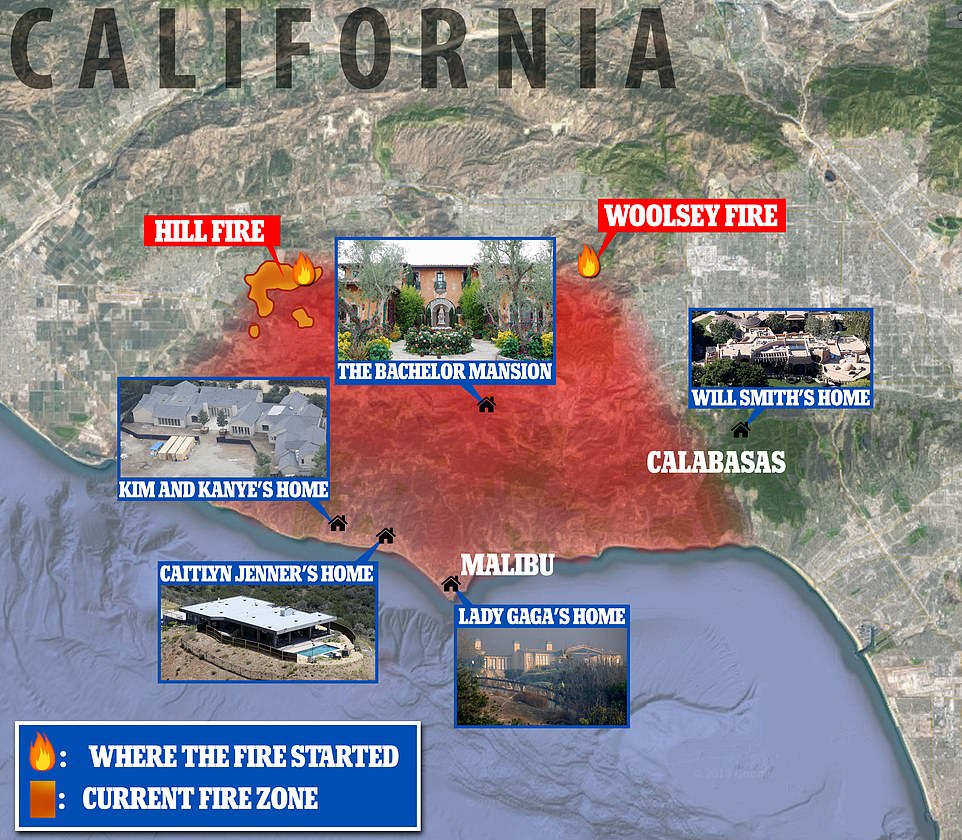 A-list fire panic: Caitlyn Jenner's sprawling hilltop Malibu house and the 'Bachelor' mansion are burned, flames reach Kim and Kanye's home and smoke envelopes Lady Gaga's nearby pad as worried Will Smith shows how close he is to the danger zone

Kim Kardashian and Kanye West's Calabasas home, Caitlyn Jenner's mansion in Malibu and even the famed Bachelor Mansion have been hit by the devastating wildfires overtaking Southern California. The Woolsey Fire reached the Kardashian-West pad in the Hidden Hills neighborhood on Friday afternoon, according to TMZ. Around the same time reports emerged that Jenner's 3,500 square foot, four-bedroom pad overlooking the Malibu beach was destroyed by fierce flames from the same blaze. Meanwhile, Lady Gaga's mansion nearby in Malibu was seen surrounded by a blanket of thick smoke as the wildfire overtook the beachside city before moving toward Oxnard.Will Smith posted a video to his Instagram story expressing worry that his own home would be hit by the flames as the path of destruction continues. Hundreds of thousands of residents in Southern California have been ordered to evacuate as the Hill and Woolsey Fires move westward toward the Pacific Ocean.
at November 10, 2018