At The First Blow Of His Thundering Sword,The Mountains Will Tremble In Terror: Landslide At Greek 'Shipwreck' Beach 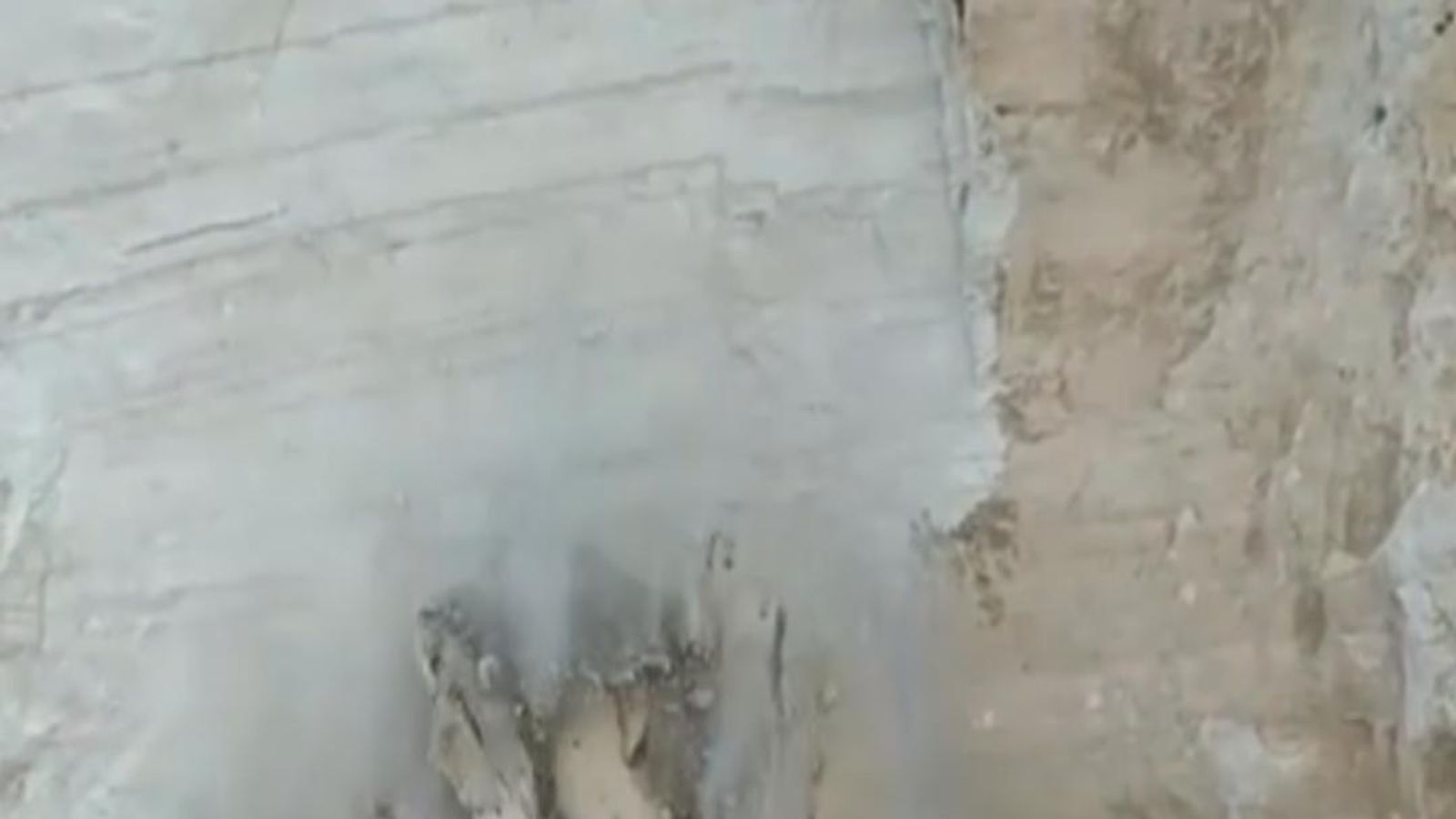 ATHENS, Greece (AP) - A section of a cliff fell onto a popular secluded beach on the western Greek island of Zakynthos Thursday, injuring seven people, including a woman who suffered a spinal injury, authorities said.  Local media said witnesses reported that a large rock initially fell from a cliff into the sea at Navagio Beach, or Shipwreck Beach, on the northwestern coast of the island, creating a large wave that capsized small boats.  The cove, accessible only by sea, features limestone cliffs towering above the beach of white sand and crystalline water made famous by the wreckage of a small cargo ship washed up on the beach since the 1980s.  Fire department rescue crews headed to the area accompanied by a sniffer dog, while the coast guard evacuated the beach and banned boats from approaching until further notice. Authorities later said everyone who had arrived at the beach on tourist boats had been accounted for.  A total of seven people were treated in hospital for injuries, including a 34-year-old Czech woman with a fractured vertebra, the government said in a statement. The woman's husband and two children were hospitalized with minor injuries.  The other three people injured were treated and released.  Source

"I protest highly against a different text, which people may dare publish after my death. I protest once more against the very false statements of all those who dare say and write First that I embroidered the Secret; second, against those who state that the Queen Mother did not say to transmit the Secret to all her people." Mélanie
at September 13, 2018