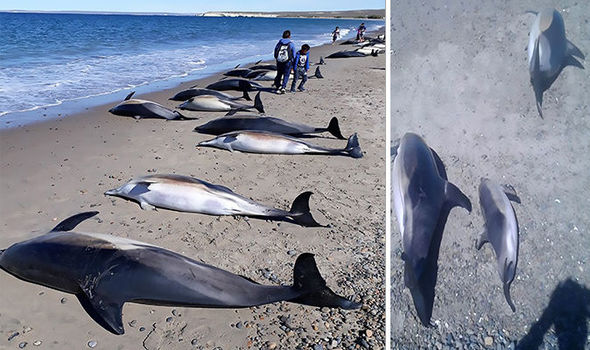 The acquatic mammals were found stranded in Puerto Medryn, an Argentinian city in northern Patagonia. According to local authorities, 49 died on the coast of the El Doradillo Protected Natural Area, while the remaining 12 were saved and returned to the sea alive. They were discovered by a couple walking around the coastal area who noticed a higher than normal number of birds on the beach. When they realised they were pecking at scored of dolphins, they immediately alerted the coastal authorities.The operation was led by Mariano Coscarella and Silvana Dans, two scientists from the Marine Mammal Laboratory for the Study of Marine Systems. Mr Coscarella said: “It is the first case of marine mammals being stranded in this region, therefore it is an unprecedented situation.” The scientist explained an investigation into the stranding of the dolphins will begin once the dead specimens have been stored. Secretary of Protected Areas Nestor Garcia suggested a large influx of killer whales around the coast might have driven the dolphins to shore. Mr Garcia said: “After speaking with specialists, I can say that there has been an increased presence of killer whales in the area but we do not yet know if that is a cause. “We will have to wait for the results of the investigation.” Source 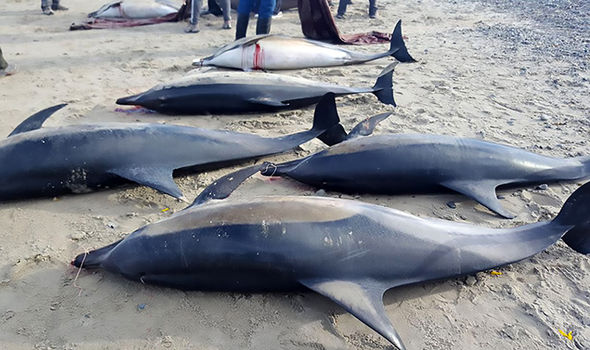