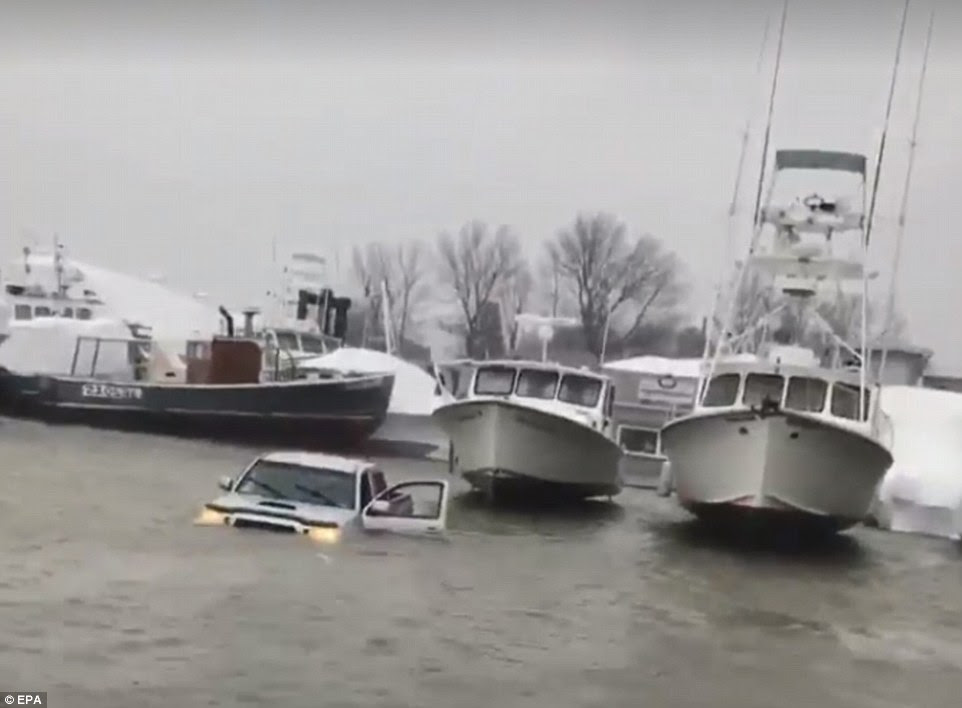 Boston and parts of coastal Massachusetts are being quickly submerged in water by the powerful Nor'easter known as 'bombogenesis'. On Friday morning, storm surges of up to four feet rushed over the sea wall and into city streets as Winter Storm Riley took hold. Voluntary evacuations have been in place along the coast since late on Thursday night before the floods began. Shocking videos showed people kayaking through the underwater streets and trucks being swept away by waves. While Massachusetts was pounded by floods and rain, the rest of the north east endured heavy snow and winds of up to 90 mph. Some 2,600 flights have been cancelled and another 1,400 have been delayed as a result of the storm. As of midday EST, an estimated 500,000 people along the northeast coast had lost power and more were expected to see outages as the day wore on. Source 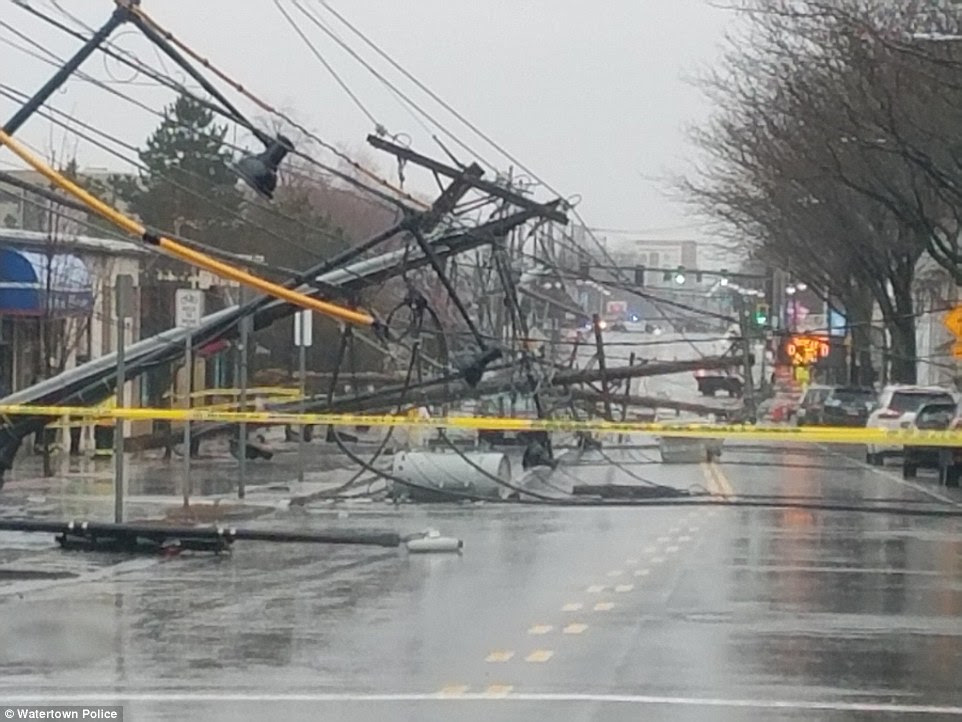 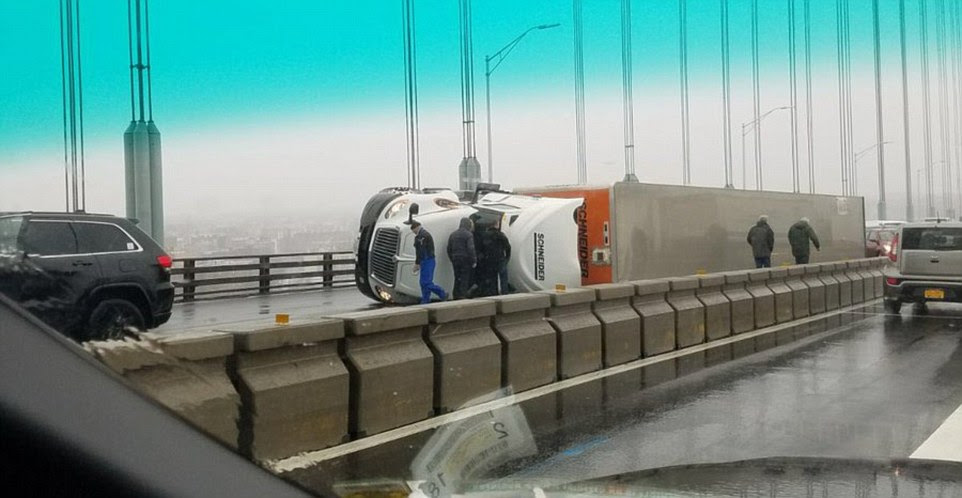 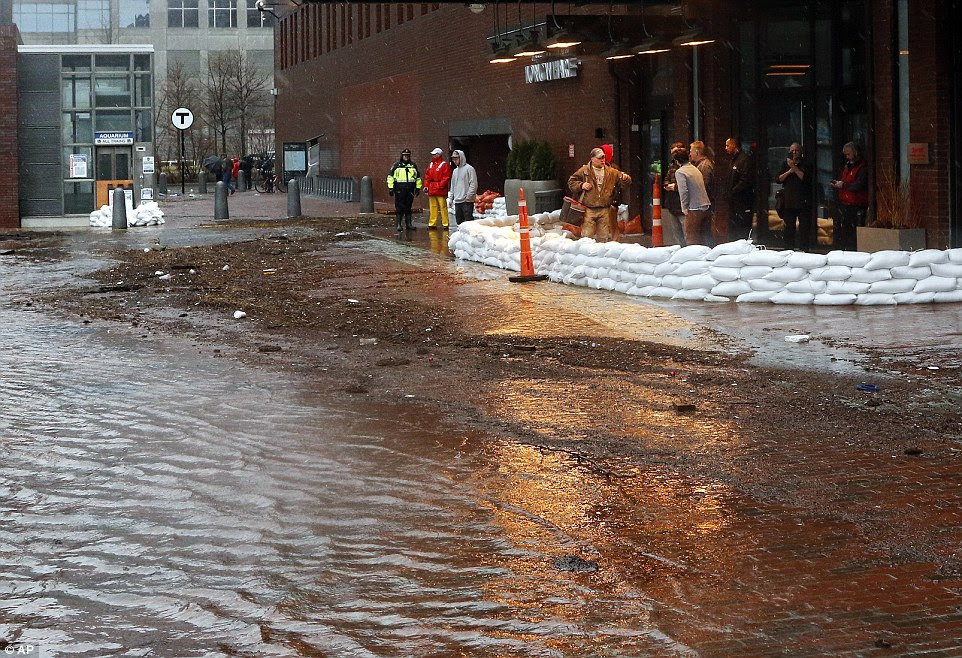 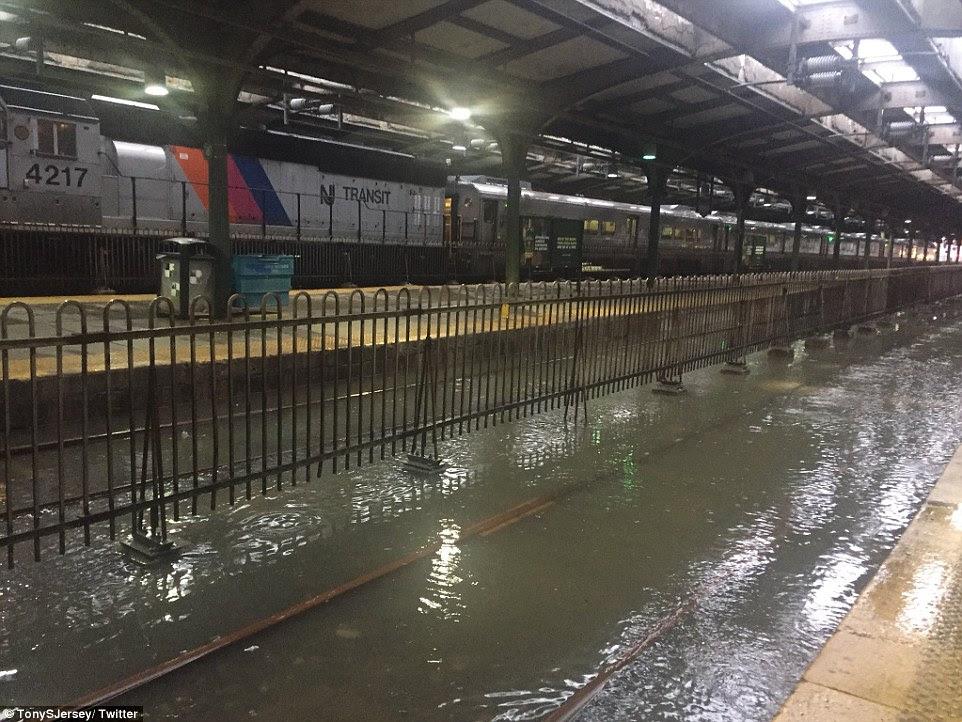