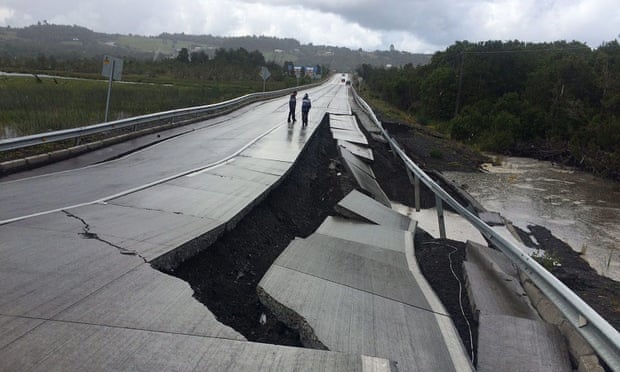 A major 7.6-magnitude earthquake hit southern Chile on Sunday, prompting thousands to evacuate coastal areas, but no fatalities or major damage were reported.  Chile’s national emergency office (Onemi) lifted both the evacuation order and a tsunami watch three hours after the Christmas Day quake struck and told nearly 5,000 people who had been evacuated they could return to their homes.  Onemi said one bridge in the area was impassible as crews worked to restore electricity to 21,000 homes without power. Source