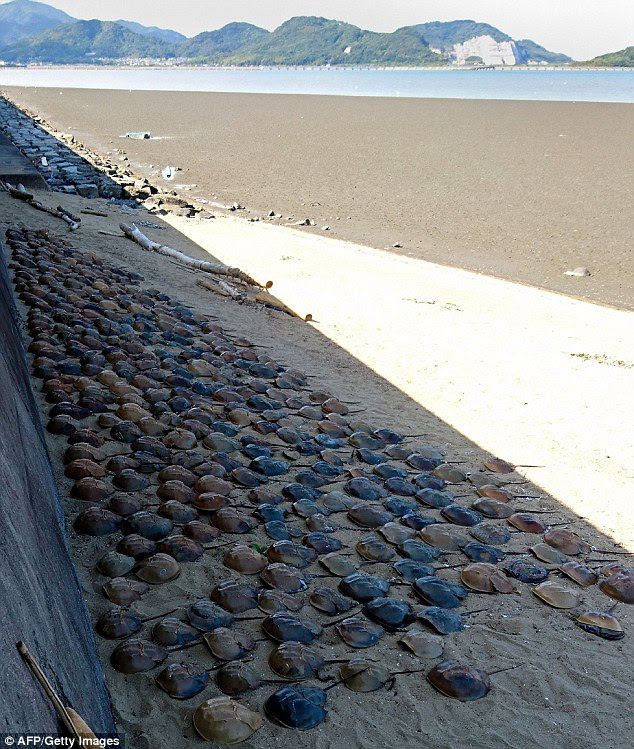 Hundreds of horseshoe crabs - known as 'living fossils' because they are among the Earth's oldest creatures - have been found dead in southern Japan, confounding experts who study the alien-like side walkers. Horseshoe crabs, known for their blue blood, are a regular summer visitor to tidal flats in southern and western Japan, including one near Kitakyushu city where they lay their eggs. Some invariably die in the process, but this year a local conservation group noticed that the number of arthropods that perished was unusually high, a local official told AFP on Thursday. Daily Mail Read More>>>>>>