Rescuers in Sri Lanka are searching for scores of people missing after massive landslides following days of rain. The army told the BBC that 75 people remained unaccounted for after mudslides hit three villages in central Kegalle district. At least 13 bodies have been recovered so far. Another three bodies were found elsewhere in the district. Disaster officials say about 150 people have been rescued but more than 60 houses have been buried by mud. Landslides and flooding caused by three days of torrential rain in Sri Lanka have killed at least 37 people in total, according to official figures. Nearly 350,000 people have been displaced. The huge landslide happened near the town of Aranayake late on Tuesday afternoon. Rescuers say they are having difficulty getting heavy equipment to the worst-hit places. Images show a vast stretch of hillside which has sheared off, sending mud, rocks and trees crashing down on the villages of Siripura, Pallebage and Elagipitya. BBC Read More>>>>> 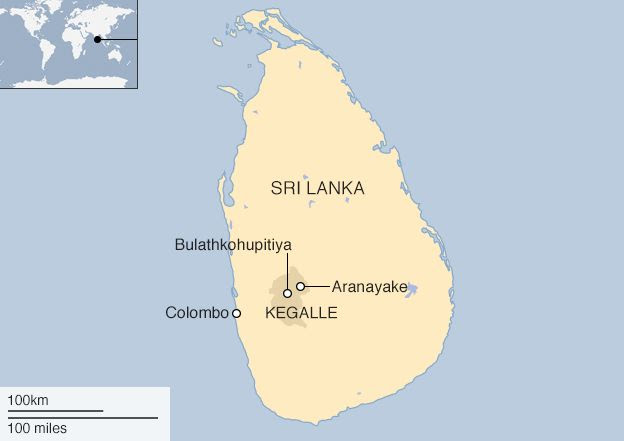