At The First Blow Of His Thundering Sword, The Mountains And All Nature Will Tremble In Terror: Big Crack In Brush Mountain, Blair County, Pa. 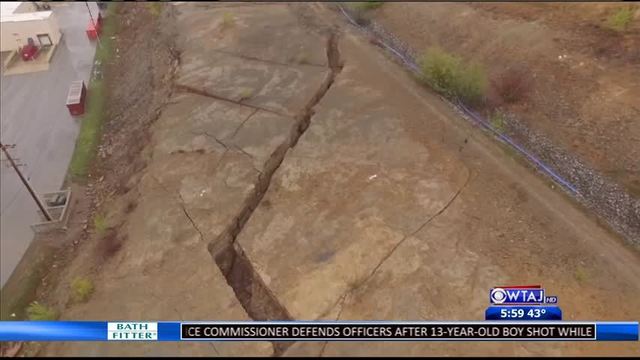 Logan Township, Blair County, Pa. We have been following new developments on a large crack in the hillside behind a couple of stores in the Logan Town Centre in Blair County. The crack is smaller at its beginning near Ashley Home Furniture and then moves up the side of the mountain toward Ross clothing store. A few weeks ago, it looked to be about a foot wide. As of Thursday, it's grown to about ten feet wide. A surveyor from the EADS group was on the mountain and said they first measured it to be 15 feet deep. He said they've been out two times each week to survey the fault and get an idea of how the ground is shifting. wearecentralpa Read More>>>>>>