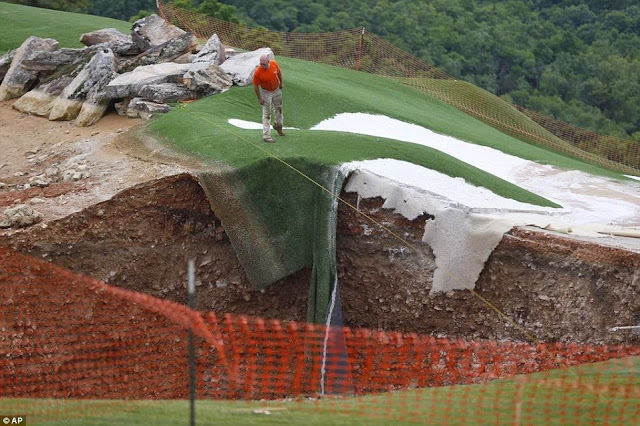 A big sinkhole near the driving range of a southwest Missouri golf course is attracting the attention of geological experts. The hole, which is 80 feet wide and 35 feet deep in some places, appeared around 5.30am on Friday with a few smaller ones forming around it. The sinkhole, which was one of four, was created by two separate sinkholes that formed near the entrance to Top of the Rock golf course near the resort town of Branson, Missouri, Martin MacDonald, conservation director for Bass Pro Shops, told The Associated Press in a telephone interview. Daily Mail Read More>>>>>