Researchers Figured Out Why Fish Fell From The Sky In Texarkana 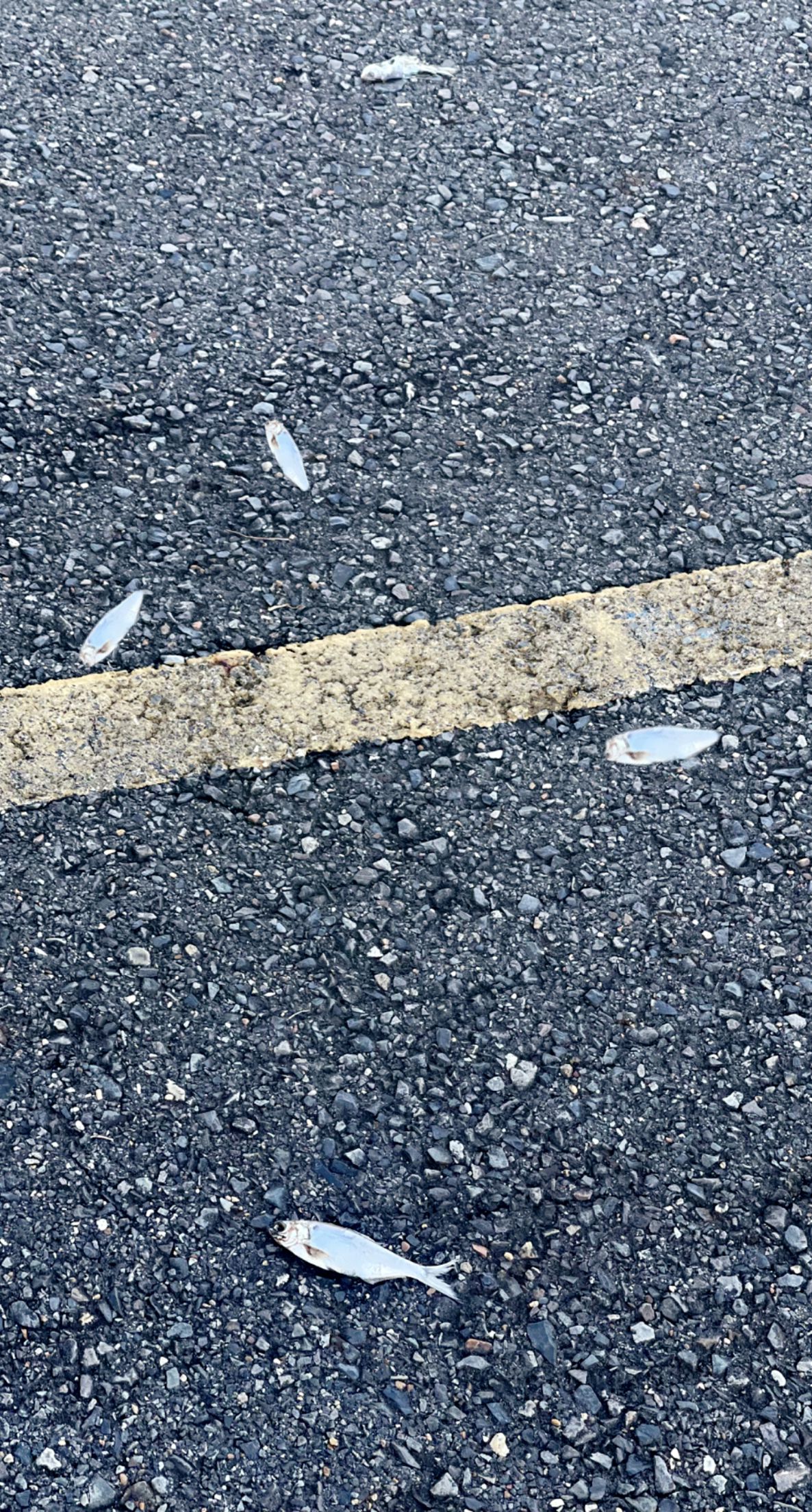 It will rain with a fearful hail of animals.  Our Lady of La Salette 19 Sept. 1846 (Published by Mélanie 1879)
Researchers figured out why fish fell from the sky in Texarkana, and it’s pretty gross
Two independent researchers say they may have gotten to the bottom of what caused fish to fall from the sky late last year in Texarkana: bird regurgitation. Many in the east Texas town were shocked in late December when they found fish (later identified as shad) scattered on the streets and on their homes and cars following a storm. It wasn’t the first time people reported fish falling from the sky, and some experts tried to explain the phenomenon as waterspouts picking up fish or other marine lifeforms. But National Weather Service meteorologists told The Dallas Morning News in January that no such weather activity was reported near Texarkana during that time.“As we looked at the storm and went back and looked at the data, we really didn’t find anything that would indicate that there was any kind of waterspout,” said Brandon Thorne, a meteorologist for NWS Shreveport in January. “We’re kind of confused as to how it happened as well, to be honest.” Last week, Sharon Hill, a geologist and independent researcher based in Pennsylvania, and Paul Cropper, an author in Australia, shared their findings that a flock of birds may have regurgitated the fish while flying over the east Texas town. Source
LA SALETTE + FATIMA TIMELINE
1. Two Popes. (13 March 2013)
2. Manifestation of the Forerunner to the Antichrist (21 October 2019)
3. Death of Two Popes (_ _/_ _/2022)
4. NIGHT ILLUMINED BY AN UNKNOWN LIGHT (_ _ / _ _ / 2022)
5. Start of Thirty Five Years Worth of Chastisements (_ _ / _ _ / 2022)
6. Rise of the Political Power of the Forerunner to the Antichrist (_ _ / _ _ / _ _ _ _)
7. Creation of Forerunner's Nationalist Army (_ _ / _ _ / _ _ _ _)
8. Persecution of the Catholic Church by the Forerunner and His Nationalist Army(_ _ / _ _ / _ _ _ _)
9. Murder of Fatima Pope & Faithful on top a Steep Mountain by Forerunner and his Army.
10. The Rise of the Great Monarch & Great Pontiff (near the end of the 35 year Chastisement)
11. The death of the Forerunner to the Antichrist.
OUR LADY OF LA SALETTE
God will abandon mankind to itself and will send punishments which will follow one after the other for more than thirty-five years. Our Lady of La Salette 19 Sept. 1846 (Published by Mélanie 1879)
PROPHECY OF MELANIE ON TWO POPES:
"I didn't see, I don't see any Great Pope or Great Monarch before an extremely great tribulation, horrifying, terrible and general for all Christendom. But before that time, twice there will be a short lived peace; TWO shaky, servile, doubtful popes" Mélanie

"I protest highly against a different text, which people may dare publish after my death. I protest once more against the very false statements of all those who dare say and write First that I embroidered the Secret; second, against those who state that the Queen Mother did not say to transmit the Secret to all her people." Mélanie
at June 30, 2022