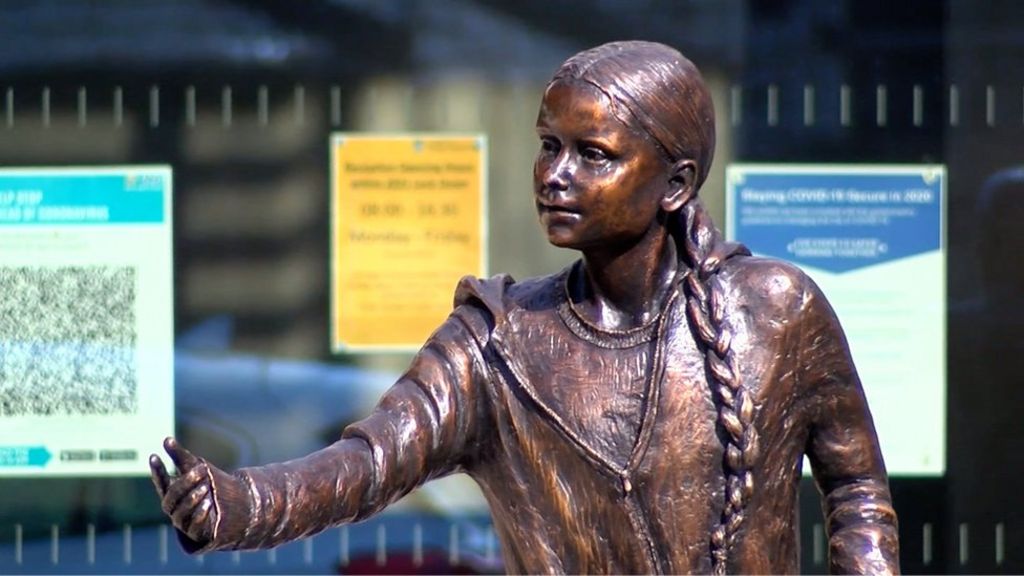 A statue of climate activist Greta Thunberg provokes anger in the UK
LONDON — A statue of the climate activist Greta Thunberg that has been installed at a British university has provoked anger from students who labeled it a waste of money. Students at the University of Winchester, in the south of England, expressed their dismay at the cost of the statue, which was almost £24,000 ($33,000), with some calling it a “vanity project.” The university defended the bronze statue, which it believes is the first life-size model of the Swedish environmental campaigner, saying Thunberg is an “inspirational” figure and “a symbol of the University’s ongoing commitment to sustainability and social justice.” Source

Novena to Our Lady of La Salette Sept. 2018 Eighth Day

At The First Blow Of His Thundering Sword, The Mountains And All Nature Will Tremble In Terror: One Soul Perishes & Over Twenty Souls Lost In SW China Landslide!