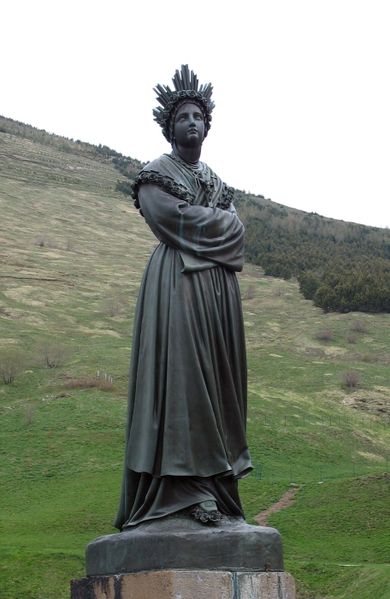 "Woe to the inhabitants of the earth. There will be bloody wars, and famines; plagues and contagious diseases; there will be frightful showers of animals; thunders which will demolish cities; earthquakes which will engulf countries; voices will be heard in the air; men will beat their heads against the walls; they will call on death, yet death will constitute their torment; blood will flow on all sides. Who could overcome, if God doesn't shorten the time of trial? At the blood, tears and prayers of the righteous, God will relent; Enoch and Elias will be put to death; pagan Rome will disappear; the fire of Heaven will fall and consume three cities; the whole universe will be struck with terror, and many will allow themselves to be seduced because they didn't adore the true Christ living in their midst. It is time; the sun is darkening; Faith alone will survive. Our Lady of La Salette 19 Sept. 1846 (Published by Mélanie 1879)

"Nature begs vengeance on account of men, and she shudders with dread, awaiting what must happen to the crime-stained earth. Tremble, earth, and you who profess to serve Jesus Christ, while interiorly you adore yourselves, tremble; for God will hand you over to His enemy, because the holy places are in a state of corruption; many convents are no longer houses of God, but pastures for Asmodeus and his own." Our Lady of La Salette 19 Sept. 1846 (Published by Mélanie 1879)


“At the first blow of His thundering sword, the mountains and all Nature will tremble in terror, for the disorders and crimes of men have pierced the vault of the heavens. Paris will burn and Marseilles will be engulfed. Several cities will be shaken down and swallowed up by earthquakes. People will believe that all is lost. Nothing will be seen but murder, nothing will be heard but the clash of arms and blasphemy. Our Lady of La Salette 19 Sept. 1846 (Published by Mélanie 1879) 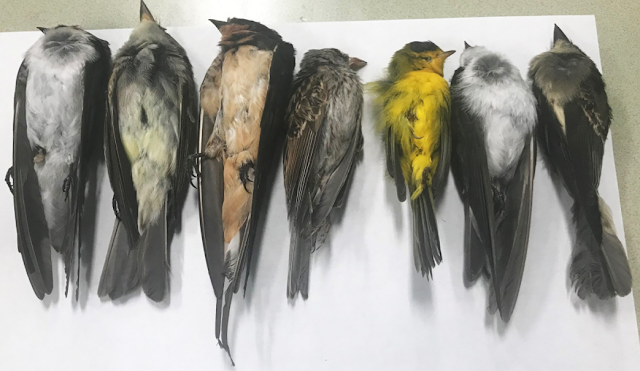 Birds are dropping dead in New Mexico, potentially in the 'hundreds of thousands'

Wildlife experts in New Mexico say birds in the region are dropping dead in alarming numbers, potentially in the "hundreds of thousands."

“It appears to be an unprecedented and a very large number,” Martha Desmond, a professor at New Mexico State University’s department of fish, wildlife, and conservation ecology, told NBC’s Albuquerque affiliate KOB.

In a video posted by Las Cruces Sun News, journalist Austin Fisher shows a cluster of dead birds he discovered while on a hike on September 13 in the state’s northern Rio Arriba County.

“I have no idea,” Fisher says in the video, as he pans the camera to reveals what appears to be dozens of birds laying dead on the ground.

Desmond said it is difficult to say how many birds are dying, but that there have been reports across the state. “I can say it would easily be in the hundreds of thousands of birds."

Multiple agencies are investigating the occurrences, including the Bureau of Land Management and the White Sands Missile Range, a military testing area.

“On the missile range we might in a week find, get a report of, less than half a dozen birds,” Trish Butler, a biologist at the range, told KOB. “This last week we've had a couple hundred, so that really got our attention.” Source

In case you never heard of Our Lady of La Salette or Mélanie here have a look....

"I protest highly against a different text, which people may dare publish after my death. I protest once more against the very false statements of all those who dare say and write First that I embroidered the Secret; second, against those who state that the Queen Mother did not say to transmit the Secret to all her people." Mélanie
at September 15, 2020