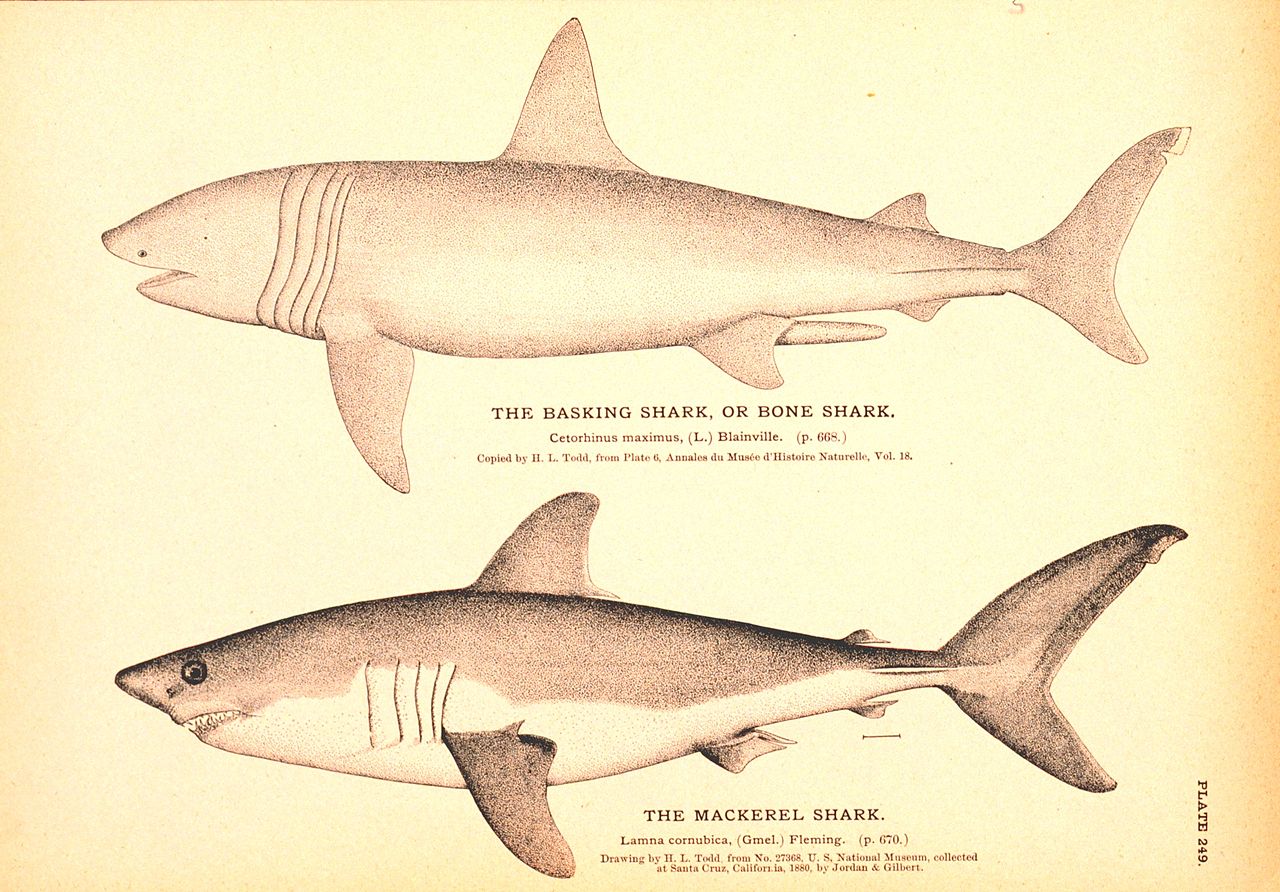 Aerial photos have captured odd gatherings of almost 1,400 basking sharks and researchers aren't totally sure what it is the animals are up to. It’s not uncommon to see the sharks individually, but seeing them in large groups is rare. It’s still unclear why the animals are coming together, but researchers suggest they are likely gathering in the waters from Long Island to Nova Scotia to grab a bite, according to recent findings published in the Journal of Fish Biology.The scientists studied aerial photos taken between June 1980 and November 2013 and found 10 large groups of the sharks circling an area and acting as if they were feeding, a release on the findings said. After studying more than three decades' worth of aerial photos collected during studies of North Atlantic right whales, the scientists found that the sharks tend to gather in the summer and fall when temperatures on the sea’s surface ranged from 55 to 75 degrees. Source