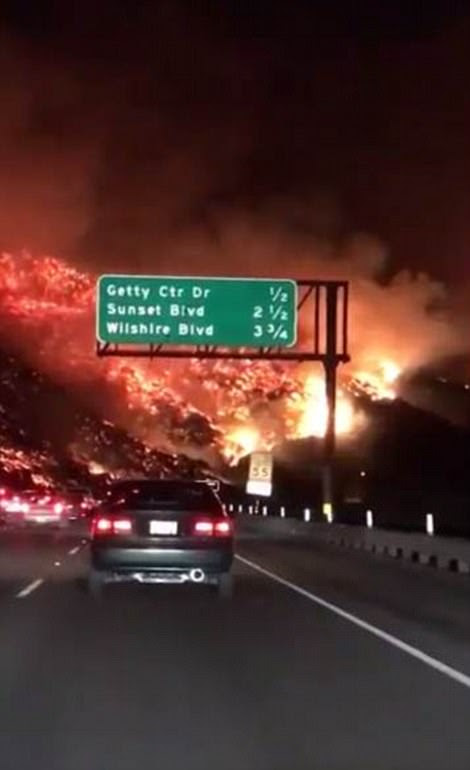 Drivers on their way to work in Los Angeles were faced with terrifying scenes along a major freeway after the fifth California wildfire this week left the hillside next to their road ablaze. The inferno - named the Skirball Fire - has consumed more than 50 acres of land and threatens LA's exclusive Bel Air neighborhood, UCLA and the Getty Center for the arts alongside the I-405 freeway. The freeway is now shut down as 125 firefighters and several helicopters attempt to get the blaze under control - but early-morning commuters managed to capture this stunning footage. As they traveled gingerly passed the ferocious fire, their cars passed just feet away from the deadly - and ever-spreading - flames. Several people captured the surreal moment on video and shared them on social media. 'Not the typical morning commute...' one driver tweeted dryly. Source