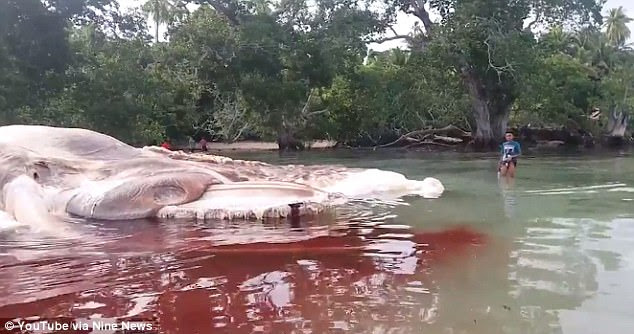 The rotting remains of a mystery sea creature have washed up on a remote Indonesian beach. The amorphous carcass - measuring around 15metres long and several metres wide - was discovered by local resident Asrul Tuanakota on the northern shore of Seram Island in Maluku province, the Jakarta Globe reports. Mr Tuanakota, 37, initially thought the huge sea creature was a stranded boat when he found it on Tuesday night. Daily Mail >>>>>>>>