La Salette On Dozens Of Dead Owls Showing Up Along I-84: 'It's Like They Fell From The Sky' 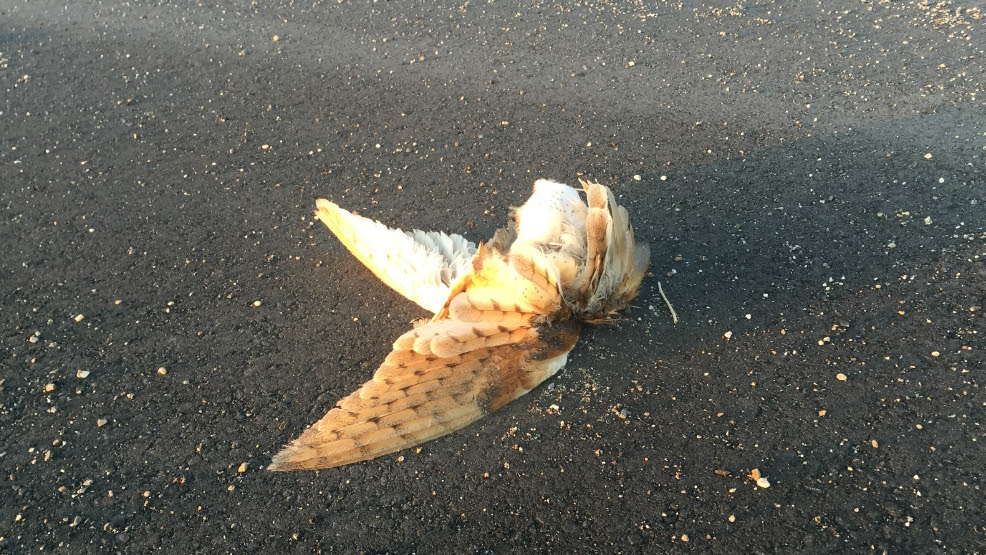 Another story on birds falling from the sky.


JEROME, Idaho (KBOI) — Dozens of dead owls have been reported by drivers along Interstate-84 in southern Idaho making for an eerie stretch of road. Over the weekend, Nichole Miller and Christina White of Boise were driving home to Boise from Twin Falls when they spotted some road kill along the interstate. "I saw a bird on the side of the road -- I thought it was a chicken," Miller said. "But then we saw more (road kill) and I saw the stripes on the feathers and it was not a chicken." It was definitely, an owl, she said. And it wasn't the only one. Miller said she and Christina lost count after spotting more than 50 dead owls during a 20-mile stretch near Jerome. "There was more and more and more," Miller said. Idaho Fish and Game told KBOI 2News on Monday that they're aware of the dead owls. So, what the heck is going on? Source

Of course its all rationally explained.

Wait until Cows fall from the sky

Then we will have the expected fearful hail of animals......

fright•ful  [frahyt-fuhl]
–adjective
1. such as to cause fright; dreadful, terrible, or alarming: A frightful howl woke us.
2. horrible, shocking, or revolting: The storm did frightful damage.
3. Informal . unpleasant; disagreeable: We had a frightful time.
4. Informal . very great; extreme: That actor is very talented but a frightful ham.

fear·ful
adjective \ˈfir-fəl\
Definition of FEARFUL
1 : causing or likely to cause fear, fright, or alarm especially because of dangerous quality
2 a : full of fear
b : indicating or arising from fear
c: inclined to fear : timorous
3 : very great or bad —used as an intensive

Novena To Our Lady of La Salette 2020 Fourth Day