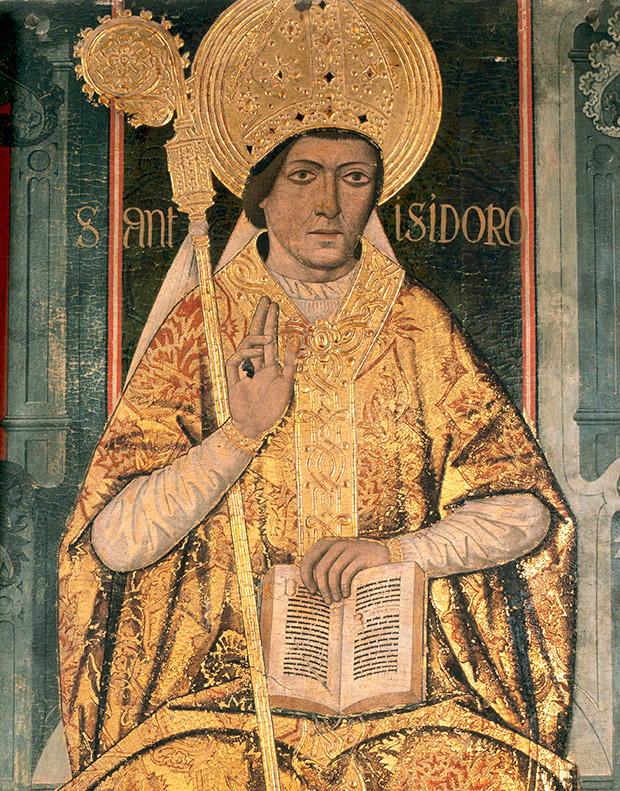 From Book IV: On Acute Illnesses: 17. Pestilence is a contagion that as soon as it seizes on one person quickly spreads to many. It arises from corrupt air and maintains itself by penetrating the internal organs. Although this is generally caused by powers in air, it never occurs without the consent of God. 18. It is called pestilence (pestilentia) as if it were pastulentia, because it consumes (depascere, ppl. depastus) like fire, as Vergil, Aen. 5.683): The pestilence descends on the whole body*. Likewise contagion (contagium) is from ‘touching’ (contingere), because it contaminates anyone it touches. 19. The swellings (inguen) (ie. bubonic plague) are so called from their striking the groin (inguen). Pestilence is also called plague (lues), so called from destruction (labes) and distress (luctus), and is so violent that there is no time to anticipate life or death, but weakness comes suddenly together with death. (p. 110-111). More>>>>>>