Seattle, Vancouver And Portland Are At Risk Of A MEGAQUAKE 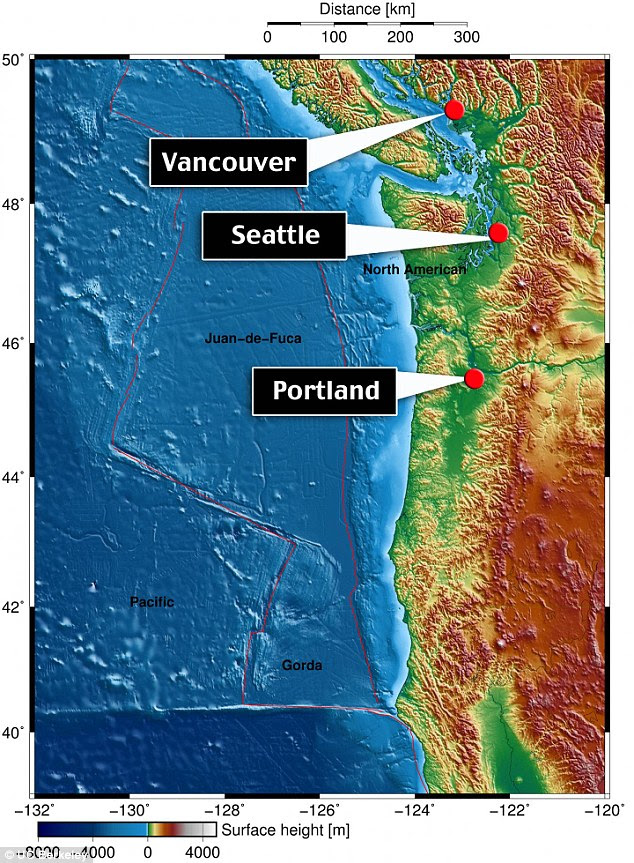 Seattle, Vancouver and Portland are at risk of a MEGAQUAKE: Risk revealed in first detailed map of Pacific Northwest fault line

Seattle, Portland and Vancouver are at risk of being hit by a megaquake, scientists have warned. Researchers believe a killer quake along Cascadi - a fault line which runs from Cape Mendocino, California, to Vancouver Island - is 72 years overdue. The 'Big One' will hit when Juan de Fuca, a 700-mile chunk of the Pacific Ocean, slides under Canada and America. Now, scientists have a better idea of how this will happen after creating the first ever detailed map of the mantle under the tectonic plate. Daily Mail Read More>>>>