40 Souls Drown Ahead Of Pope Francis Visit To Sri Lanka! 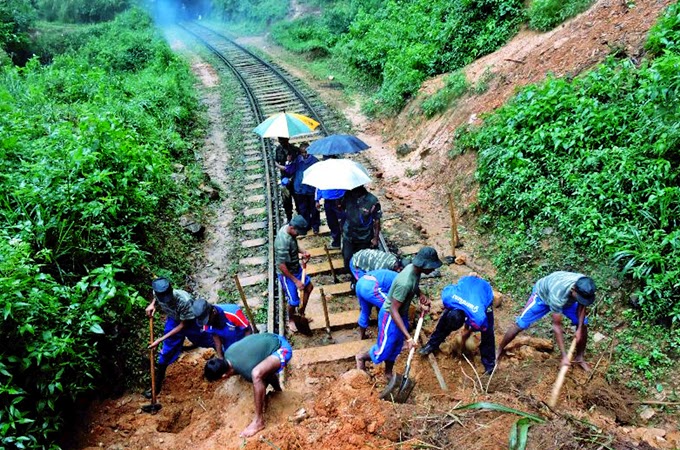 
Sri Lanka, Philippines reeling under floods ahead of Pope’s visit

When Pope Francis visits Sri Lanka and the Philippines in less than 2 weeks, he will find the people ‎trying to recover from heavy floods and mudslides due to heavy rains. Flash floods and mudslides ‎have killed at least 39 people and more than 1 million have had to flee their homes in the past two ‎weeks in Sri Lanka, data from the island's Disaster Management Center showed on New Year’s Day. ‎At least another 20 people have been injured and two are still missing after torrential rain, mostly in ‎central Sri Lanka.

After visiting ‎Sri Lanka, Jan 13-15, Pope Francis will fly to the Philippines where he will stay until Jan 19. In the Philippines, the death toll from flooding and landslides wrought by tropical storm Jangmi rose to ‎‎53 as of Dec. 31, more than during super-typhoon Hagupit, which hit the country earlier in the month. ‎Some regions were caught off guard by the deluge with winds exceeding 210 km/h and torrential rains.‎ Jangmi affected about 122,000 people, 80,000 of which found refuge in evacuation centres set up by ‎the authorities. Super-typhoon Yolanda killed thousands of people and displaced many more in November 2013.‎ Pope Francis is scheduled to share lunch with survivors of typhoon Yolanda, at Tacloban on Jan. 17, but since Yolanda wreaked havoc, two more typhoons have struck the Philippines.